23-time Grand Slam champion, Serena Williams is one of the greatest players of all time. While most of the WTA players lack consistency, she has been able to deliver phenomenal performances on a consistent basis. However, there was a time when some disease was on the verge of ending her career.

In February 2011, Serena Williams developed a Pulmonary Embolism. Even though it is possible to recover from the disease, it is a serious condition and requires daily medication.

It happens when a blood clot forms in one of the body’s large veins, breaks off and travels in the circulatory system. This leads to clots even in the lungs, which then clogs the artery that provides blood supply to that part of the lung- preventing the normal exchange of Oxygen and Carbon Dioxide. It was her mother and sister, Venus Williams, who took good care of her at that time.

The symptoms are prolonged cough and pain in the chest. Williams was surely lucky as she got the treatment on time. After a diagnosis with anti-clotting drugs, she was able to recover completely from Pulmonary Embolism. However, the fatality rate is often higher in the patients who are older are in age.

Serena Williams also has been through Hematoma

Apart from Pulmonary Embolism, Williams has been through Hematoma in her career as well. However, the former World No.1 was lucky as she developed the condition outside her brain.

A hematoma forms when blood collects in a location outside of the veins or arteries. This occurs when a vessel wall is damaged- allowing the leaking of blood. This all increases the risk of blood clotting inside the vein.

Thus, Williams has had quite a lot of diseases because of blood clotting. However, she managed to battle past all of them and emerged out as a winner here too.

Also Read: Who are the Team Members of Serena Williams? 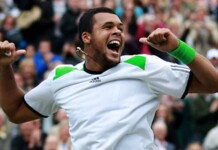