Matteo Berrettini and Ajla Tomljanovic have been dating for nearly 2 years now after confirming their relationship that began sometime in August 2019.

While the couple is often spotted cheering for each other as and when possible, they have slowly gained a fanbase that is absolutely in awe of them. While both the players play the Singles event on their respective ATP and WTA tours, fans have been eager to see their chemistry on the court as well.

However, to the disappointment of the fans, the couple has not played in any Mixed Doubles event so far at any tournament. In a recent interview at the Wimbledon 2021, the couple finally disclosed why haven’t they paired up in a tournament yet despite having spoken about participating together in tournaments.

In a special interview with the Wimbledon Channel, Ajla finally ended the mystery of them not playing together.

“Well, because we have been planning to play for the longest time and we always find the reason why not. But this time, the rain screwed us up because we have to play back-to-back. For me, it’s not a big problem even though I have to play women’s doubles and then for him, I mean he is playing best of five,” said Ajla revealing the reason why they did not pair at Wimbledon 2021.

Matteo Berrettini entered the Wimbledon 2021 as the 7th seed being the World No.9 whereas Alja is the World No. 75 in the WTA rankings. Both Berrettini and Alja are through to their first-ever quarter-finals of the Grand Slam at the All-England Club.

Also Read: ‘Are these my legs?’ Matteo Berrettini reveals his funny side in an outing with girlfriend Ajla Tomljanovic 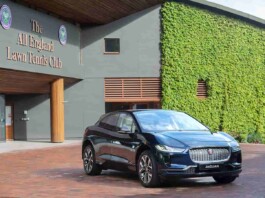 Wimbledon along with Jaguar extend the hand of help to support... 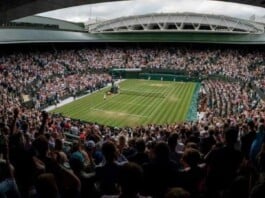 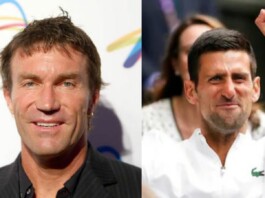 ‘This year’s Wimbledon draw was one of the weakest in many,...