Petra Martic will take on Liudmila Samsonova in the Second-round of the Parma Open 2021. Martic is currently the World No.23 on the WTA rankings and Samsonova is the World No.105.

Petra Martic has been around for a while now, but had her best year on tour in 2019. That year, she won the title in Istanbul, and reached the Quarterfinals of both the French Open and the Madrid Open. In the 2021 clay court season, she didn’t find form until the Italian Open.

In Rome she had one of the best tournaments of her career as she made it to the Semi-finals of the event. She beat players like Shelby Rogers, Jessica Pegula to reach that stage, but unfortunately lost to Karolina Pliskova in the Semis. Her first round opponent here was Russian Varvara Gracheva. Martic beat her 6-4 6-2. In the second round she will face Liudmila Samsonova.

Samsonova is only twenty-two and still finding her feet on the tour. In the clay court leg of the season, her performances have been nothing to write home about. In her last tournament she failed to reach the main draw. At Parma, she has come through the qualifiers. In the first round she beat Giulia Gatto-Monticone 6-2 6-2.

These two players have met twice on the tour before, and Martic leads the head to head 2-0. Their last encounter was at the Adelaide International 2021, and Martic won it 4-6 6-0 7-5.

Martic has found her rhythm and form in Rome. She is known for her big serve and play on clay courts and is a formidable opponent when on song. Samsonova has to put pressure on her early and see if she can get Martic to make errors, otherwise this looks like an easy Martic win. 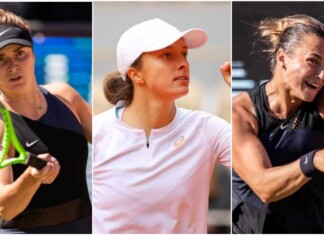 Valtteri Bottas-George Russell decision could be made in the winter

Who is Andrey Rublev’s coach?