John Millman will be up against fellow Aussie, James Duckworth in the quarterfinal of the 2021 Astana Open. Millman is ranked 48th in the world while Duckworth is the World No.65.

As for his opponent, James Duckworth, he found his lost form last week at Istanbul. After bowing out of the opening round of US Open, he won the Istanbul Challenger, dropping just one set all tournament.

This week in Nur-Sultan, he is yet to drop a set. He got the better of Mikhail Kukushkin in the opening round and then beat 4th seed Filip Krajinovic in straight sets 7-6(2),6-3.

The match will be closely contested and is likely to go down the distance. Millman may have a slight edge but that will be nullified by Duckworth’s current form. Both the players know each other’s game very well and will push each other to the very limit.

John Millman vs James Duckworth: Live Streaming & Where to Watch 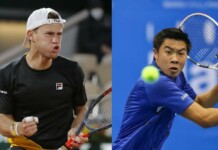 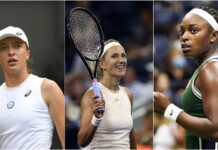