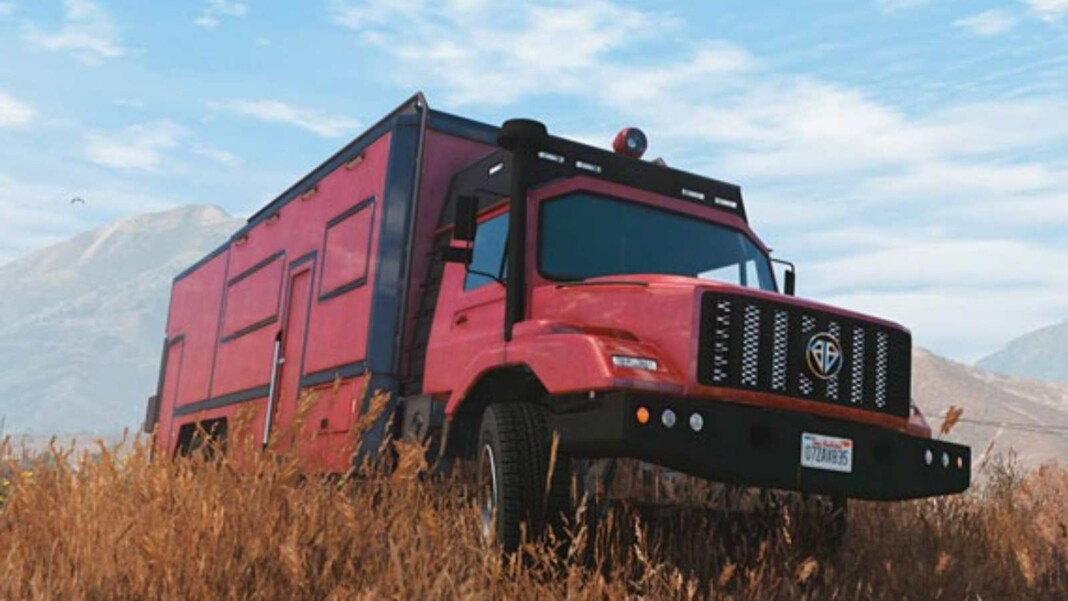 GTA 5 involves players setting up their own criminal empire and running their businesses. These businesses can vary from boosting and selling cars, to running guns to smuggling illegal goods. All of this is done to earn money, which is needed for almost everything in GTA 5. All these businesses take time to do, and this time becomes a factor while calculating the efficiency of a money making strategy. The Terrorbyte, can be a useful tool in helping to make money faster. In this article, we will go over the Terrorbyte, and its different uses.

Terrorbyte in GTA 5: what it does and all you need to know:

The Terrorbyte is effectively a truck which helps in running the criminal organization of a player in GTA 5. It is not very large in size and does not feature a trailer, but instead features an RV inspired look. It has good top speed but average acceleration which is understandable for a truck. It however features great handling. The armor on the Terrorbyte is also very powerful, being able to take up to 34 RPGs or 70 Homing missiles before getting destroyed. It features 2 sections, the cab and the nerve center. The Terrorbyte can be requested using the interaction menu after which it spawns at a nearby location. The Terrorbyte can cost upto 3.4 million GTA dollars to purchase but a basic one without any upgrades can cost you just around 1.3 million GTA dollars.

The Cab of the Terrorbyte is where the driver and passenger seats are located. The Cab features bulletproof windows however, armor piercing rounds can still shatter the glass. The Nerve Center is where the main feature of the Terrorbyte lies. Firstly, the Nerve Centre features multi lock barrage missiles, which can be used for offense or defense. A player can take control of the missiles to lock on to 5 different targets at once and fire, causing excessive damage to the targets. The missiles however, are not very accurate and can miss targets if they run defense manouvers.

The main use of the Nerve Centre however, is the ability for CEOs or MC Presidents to interact with it. CEOs can use the computer terminal to source special cargo or vehicle cargo from anywhere, without the need to visit the CEO office, use the computer and then source the cargo. This allows the CEO to be able to source a vehicle or crates from right outside the warehouse, immediately after just sourcing cargo. The terminal can also be used to start steal supplies missions for the Bunker or the MC businesses without actually having to go to the business and then starting the steal supplies missions. This speeds up the money making process greatly and can actually prove to be very beneficial in the long run. Supplies cannot however be bought from the terminal.

Another use for the terminal can be to start client jobs. These are 6 short missions that can be done in freemode and are very fast paced usually requiring only about 5-10 minutes to complete. These missions can reward up to 30,000 GTA dollars and is therefore a useful money making method while waiting for business cooldowns to expire. Many money making strategies are centered around the Terrorbyte and its client jobs.

Also Read: How to get the Stone Hatchet in GTA 5.