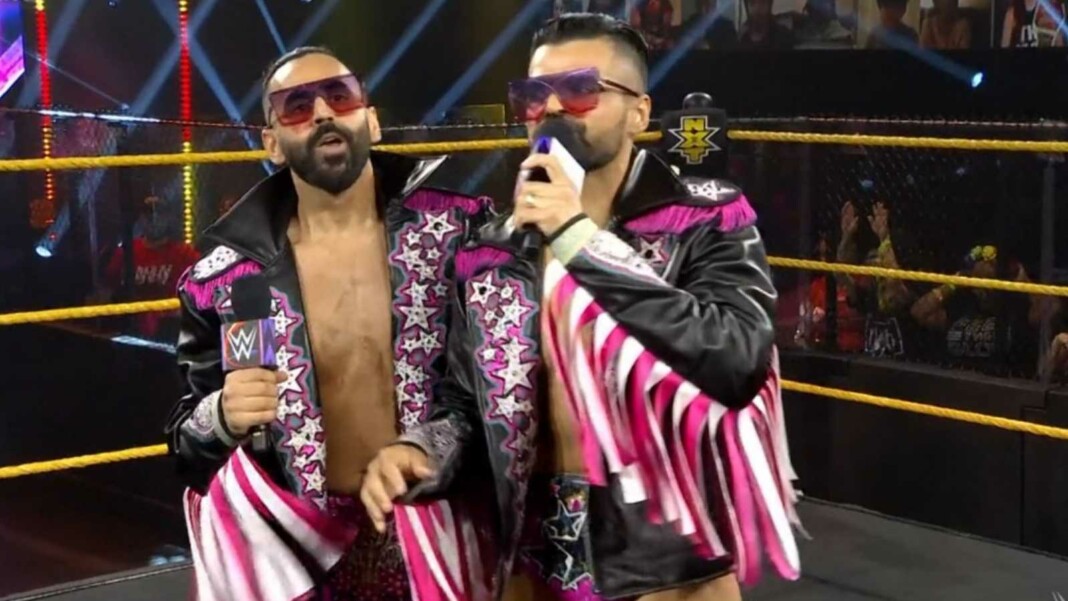 WWE continued to make cuts due to budgetary reasons and is said to have released The Bollywood Boyz among host of superstars from the WWE NXT and WWE 20t Live roster on Friday. For those who are unaware, The Bollywood Boyz(Singh Brothers) are a professional wrestling tag team comprising Sunil Singh aka Gurvinder Sihra and Samir Singh aka Harvinder Sihra.

The other notable releases by the WWE include Fandango and Tyler Breeze among others. Formerly known as the Singh Brothers, the duo joined WWE in the Cruiserweight Classic under the names Gurv and Hurv. Due to their stint being not up to the standards, they were relaunched as The Singh Brothers a year later in SmackDown as the manager of Jindar Mahal.

The Bollywood Boyz sends out emotional tweet after release

After the reports, The Singh Brothers confirmed the news of their exit on Twitter which was quite emotional.

“All the bumps, torn ACL’s, dislocated shoulders, it’s all been worth if for the last 5 years. And how ironic, we finished our last match with a shoulder hanging out of socket. It’s fitting we got fired while showing up for wrestling training – we love what we do, with a passion.“

Bret Michaels reacts to the release of the Singh Brothers

Bret Michaels from Poison reacted to the release which much respect for the Singh Brothers and also assured them of any help or advice in case they need him.

The Singh Brothers enjoyed their best run in WWE when they joined up with Jinder Mahal during The Modern Day Maharaja’s Championship reign. They played a big part in Mahal winning the coveted title and they also proved to be of much help in his title defence. They also worked for a good cause in February this year, when The Singh Brothers were in the news for lending their support to the ongoing farmers’ protest in India.

They last wrestled together on WWE 205 Live on May 21, but was on the losing side against August Grey who was released today as well and Ikemen Jiro. However, Sunil went on to fight two singles matches in June, losing to Ari Sterling on June 4 and Grayson Waller on June 11.