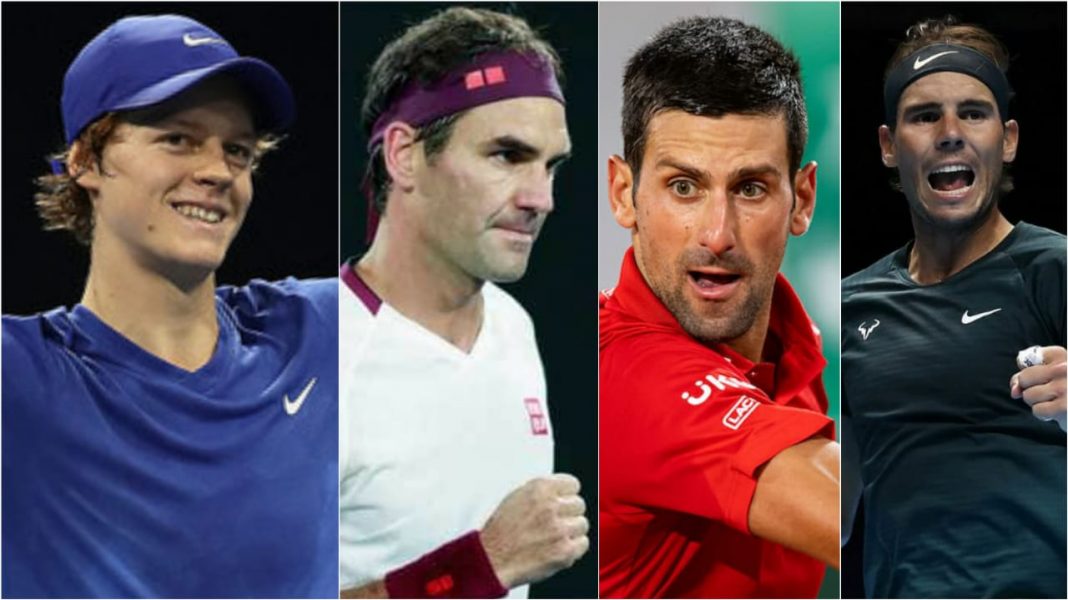 Italian teenage tennis superstar Jannik Sinner has drawn a lot of appreciation from all over the tennis world. The 19-year-old, who recently won his ATP title at Sofia Open, has had an incredible 2020. In addition to his title win in Bulgaria, he also reached his first Gram Slam quarterfinals defeating the likes of David Goffin and Alexander Zverev on his way.

The World No. 37 has received compliments for his mature style of playing. Amongst those who admire Sinner are the ‘Big 3’ of tennis, Novak Djokovic, Rafael Nadal and Roger Federer.

A lot of work to be done: Sinner

Speaking with Fabio Fazio on “Che tempo che fa”, Sinner addressed the praises that he has received from the big players.

“The compliments and praise are nice but I still have to prove everything. I have only won one ATP tournament so far, there is still a long way to go and a lot of work,” Sinner said.

He also shared how the lockdown helped him improve his game, “Without lockdown, would I have been ahead of 37th place in the ranking? Maybe yes, but maybe no. During the lockdown I did a lot of athletic work and then also a lot of tennis and so I was able to improve myself.”

Sinner also said that he is planning to participate in the 2021 Australian Open.

“Now I’m preparing for next season, I’m training for the Australian Open, but the dates are not yet known,” said the young Italian.

Sinner has only faced Nadal out of the ‘Big 3’, at the quarterfinals of the French Open. Following that encounter, the Spaniard said, “Sinner is a very, very young talent with a lot of power, great shots. For two sets it was tough, especially at the end of that first set. I was lucky to be back from 5-6, having to break him back. The conditions here were a little bit difficult because he was hitting every ball very hard.”

Novak Djokovic, who watched Sinner play at Sofia Open, touted him as the future best player in tennis.

“I definitely see a lot of quality in the young players. But Jannik Sinner is one to watch. (Sinner) possesses a game that is powerful and is with a lot of quality, and you can say he has the potential to be a top player of the world,” Djokovic said.