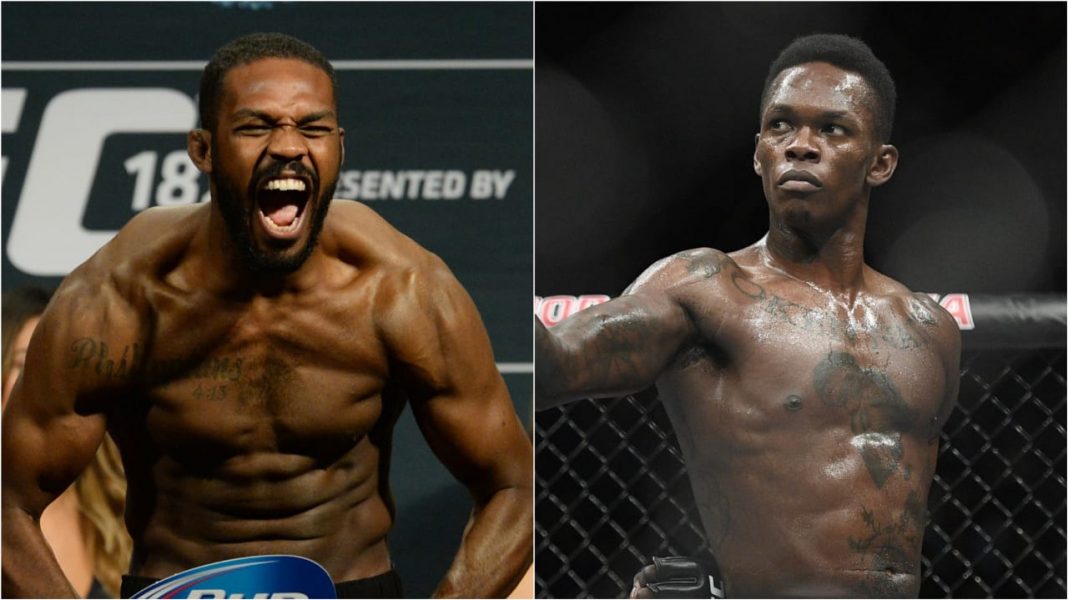 Israel Adesanya has had a spectacular career and has proved to the world that he can put on a show. The Kiwi is the current middleweight champion in the UFC and is now scheduled to fight Jan Blachowicz for the light heavyweight title. The title bout will go down on March 6th at UFC 259.

In a world, before the pandemic, there were talks of Israel fighting the then-light heavyweight champion, Jon Jones. For now, the fight doesn’t show hints of happening as Jon “Bones” Jones has decided to put on some meat and move up the division where he will be fighting for the UFC Heavyweight title.

The fight had tons of hype built around it primarily because both the fighters were superstars but also that Izzy and Jones threw verbal jabs at each other over the period. It was very logical for that fight to happen. But there are still hopes of the fight happen according to the Nigerian.

In a recent interview with ESPN’s Ariel Helwani, ‘The last style bender’ said that the fight might happen in the winter of 2021. “Unfortunately it may not be in summer or July, but there is still December. There is still December 2021,” said the 185-pound champion. “All I know is that fight needs a crowd. I can’t do that in an empty arena.”

After Izzy said he would be down to fight Jones in an arena with a crowd, Ariel went on to ask about the Nigerian’s opinion on Jones’s move to heavyweight. When asked if Jon can win against either Stipe Miocic or Francis Ngannou, Israel preferred not to answer it.

Jon Jones is set to fight straight for the Heavyweight title. He will be fighting the winner of the UFC 260 main event winner. Francis will look to avenge his loss to Stipe at UFC 260. Do you think the Israel Adesanya and Jon Jones fight will be the best seller the UFC has ever seen?

Manoj Chekkilla - April 11, 2021
Free Fire OB27: Free Fire is one of the popular battle royale titles in the game and there are millions of players active every...