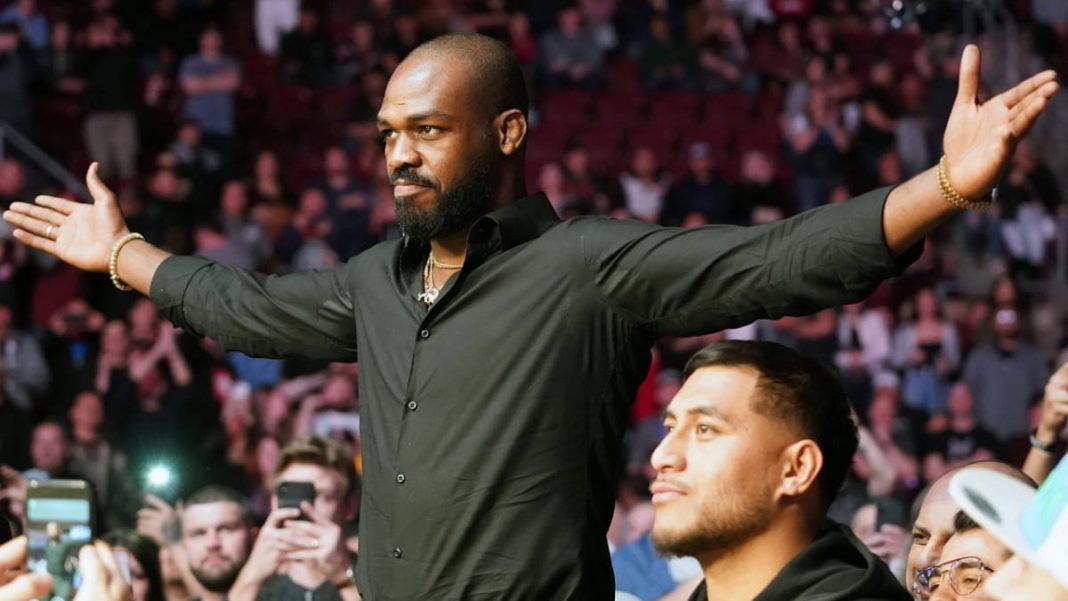 Ciryl Gane put on a dominant performance in the main event of UFC Fight Night 186, as he saw off top-ranked heavyweight Jairzinho Rozenstruik via unanimous decision. Winning the match with all three judges scoring the contest, 50-45, the match was pretty one-sided.

Speaking at the post-fight interview Gane said, “I don’t make a real big show for the fans. I got a big win, so I’m really happy for that. The guy was really tough. I just wanted to manage and I did it. I expected a little bit more from him — more attack…I was a little bit surprised for that.”

But not everyone was impressed by ‘Bon Gamin’s’ performance. UFC Heavyweight Jon Jones took to Twitter to criticize the way the fight panned out. He wasn’t particularly convinced with the ‘slow pace’ of the game and Gane keeping Rozenstruik at bay with the leg kicks.

Jon Jones tweeted, “These boys better get used to pushing the pace, all this standing around ain’t gonna fly when daddy comes home. #ufcvegas20“

As things stand, Jon Jones might probably get to fight the winner of the rematch between Francis Ngannou and Stipe Miocic at UFC 260. Ciryl Gane meanwhile, is slowly climbing up the heavyweight division ladder. The win against Rozenstruik might probably propel him into the top 5 of the heavyweight division rankings. If he keeps the winning momentum going, we might soon see him fight for the title.