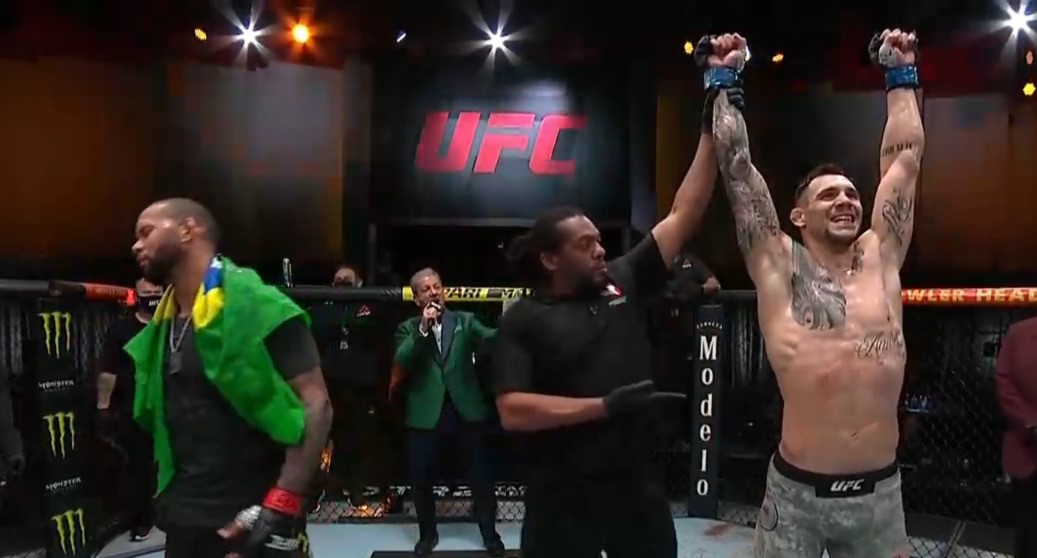 The first event that kicked off the main card of UFC 259 was a light-heavyweight bout between number 2 ranked light-heavyweight contender Thiago Santos and number 4 ranked Aleksandar Rakic. Thiago Santos was looking forward to getting back to winning ways, after back-to-back losses, while Rakic got back to winning ways, after beating Anthony Smith via. unanimous decision.

Santos began with a low kick. Santos tried to apply the pressure and go forward, but Rakic countered. A high kick from Rakic is then blocked. They traded low-kicks. Santos’s right hand connected. Two low-kicks from Santos. Rakic then connected with a kick to the body and then landed a short left hand. Close round. 10-9 Rakic

Rakic began with a low kick, this time. Rakic, then with a leg kick. Santos gets pushed to the fence, followed by short punches from Rakic. Santos responded with knees. Rakic then executed a few foot stomps. They traded punches, then. They traded low kicks. A very cautious approach from both the fighters. 10-9 Rakic

Both the fighters stay a tad too cautious!

A quite uneventful fight, started off slow in the final round as well. Thiago Santos was trying to make a strong statement in this round. He did catch Rakic with a low body kick in the beginning and then another body kick, which rocked Rakic. Rakic then connected with a few shots of his own. Not much of action from Rakic and Santos after that, as both the fighters stayed cautious. 10-9 Rakic