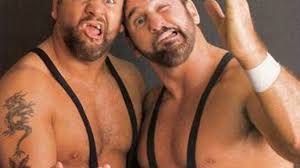 WWE Chairman Vince McMahon knows exactly what to do in his events so as to deal with fans. The Bushwhackers revealed that Vince McMahon knew exactly how they would deal with angry crowds in arenas back in the day.

The Bushwhackers were one of the most popular tag teams to have wrestled in WWE. Their popularity with the fans was something that was evident to everyone.

The Bushwhackers talked about how Vince McMahon dealt with angry crowds. Vince McMahon put on a popular act just for the arena after that match was done so that the fans could go home happy.

“Well, what they used to do, if Hulk Hogan and Warrior were the main event for the night, no matter if it was in Madison Square Garden, no matter where it was. They would put that match on the card just after intermission. Then they would have another match after that. Then they used to save our match every night in the territory till last. So what they would do, as they play our music, ‘with a combined weight bla bla bla, Luke and Butch, The Bushwhackers!’ And we’d march in, and the people all would be marching. Everybody was happy. They would be going crazy during the match and we’d get our hand raised and they would send the people home from all the arenas happy. That’s what Vince and the WWE like to do.”

The Bushwhackers on how WWE fans reacted-

The Bushwhackers revealed how they finished off WWE’s big shows with matches just for the arena that would cheer up the WWE audience. They send them home happy while keeping the storylines going for television. But as a result of Vince McMahon putting on an enjoyable match with The Bushwhackers, the fans would be going home happy from the arena.

“They like to finish off their big shows, or main shows, or other shows, making people happy and keeping them out of the idea that they were p**sed off because Hulk Hogan got sc***ed or someone got sc***ed. Got their mind off that. They would revisit that on television. But they left the arenas in a happy mood.”

“They would be marching around the street Bushwhacker style while they were going to the bars on their way to home.”