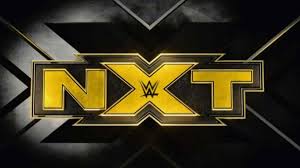 WWE Superstar Damien Priest has recently joined Monday Night RAW after a successful time on NXT. A former NXT North American Champion, Damian Priest joined the Black and Gold brand in 2018. However, he never won the NXT Championship during his time on the brand.

“There’s still a lot that I didn’t accomplish that I would have liked to and I would say this. I mean, hey Finn Balor did it, you know. He achieved success on RAW and SmackDown and then continued achieving success in NXT. It goes without saying that everybody’s expecting him to at some point one day to again be successful on RAW and SmackDown. So, you never know. But yeah, there is something. I wouldn’t say disappointed as far as like before I left. But I am disappointed just in the sense that I didn’t win the championship. Not because I moved on or anything. Just in general like I wanted to be the champion, I wanted to be the guy. So, I still believe that there is a time for that. But yeah, there’s still a lot that I feel that was unaccomplished in NXT.”

Damian Priest had a great showing in the 2021 men’s Royal Rumble match last Sunday and looks set to be a major star on Monday Night RAW and the main roster in the coming years.