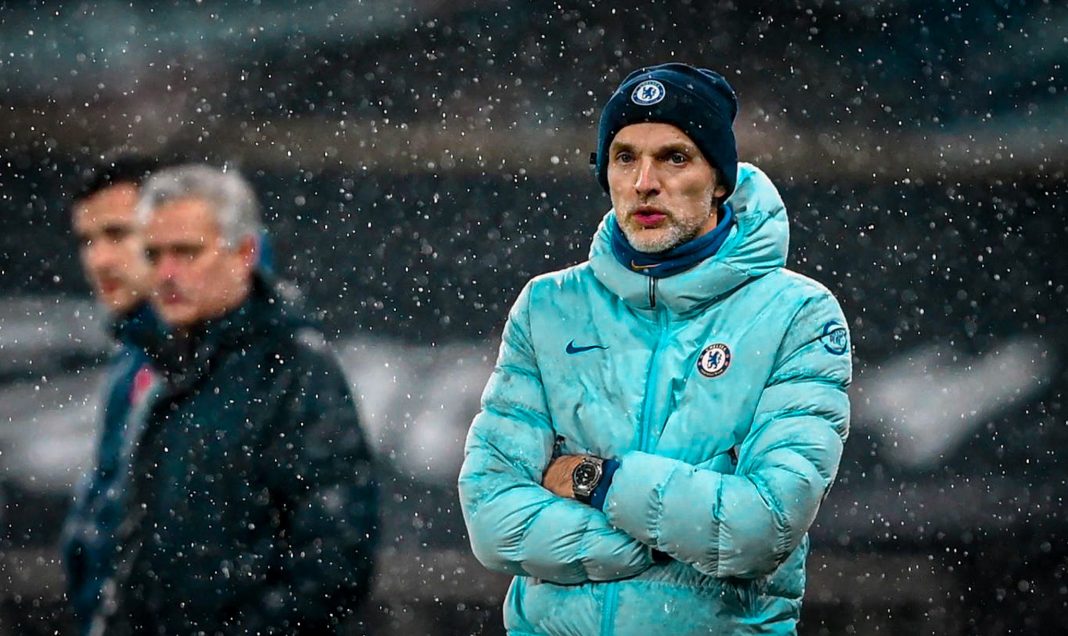 Chelsea manager to defeat their London rivals Tottenham Hotspur 1-0 in the Premier League on Thursday night. Midfielder Jorginho scored the only goal of the match via a penalty.

The Blues had some interesting changes to the side which included the likes of right back Reece James coming back into the side and Timo Werner being given the opportunity to start at the striker position. Marcos Alonso retained his position at left wing back.

Thomas Tuchel’s time at London has started incredibly well. The German coach has managed to secure 7 points out of the nine available to him. Moreover his side is yet to concede a goal in over a 180 minutes of football played. An interesting factoid here is that Tuchel didn’t concede in his last three PSG matches as well which means he has kept a clean sheet for six matches continuously now.

Timo Werner earned the penalty for Chelsea after a horrible tackle from Eric Dier. A loose challenge on the striker and there was no doubt about the decision. Italian international Jorginho stepped up to take the spot kick and this time made no mistakes to give Chelsea the lead. No hopping or skip but just a plain simple run up to the kick.

Throughout the game Tottenham Hotspur lacked any real intent to win the ball. It’s a testament to the fact that without Harry Kane this team lacks any real creativity or decisiveness. Jose Mourinho’s Tactics are old and worthless at the moment and just sitting back waiting for an opportunity won’t work when you’re facing a high quality team. It’s high time that Spurs take a good hard look at themselves because such a negative performance wouldn’t have been possible if the fans were present.

“It is a big effort to do it, it is never easy, I totally assure you. I have seen now, in three games, three intense matches and I saw a high intensity for us with the ball and that is what I care about.

In general I am very pleased with the result, it is a deserved win,’ he said.We were very good in the first half, very dominant and strong with the ball, good counter-pressing and we did not allow counter-attacks against one of the most dangerous sides.

‘We lacked a little bit of precision in the box and composure to make it 2-0 and to score more goals and decide the match, so the second half was a bit hard. We had some easy ball loses, and we lost a little bit of ball possession and confidence, but we never lost