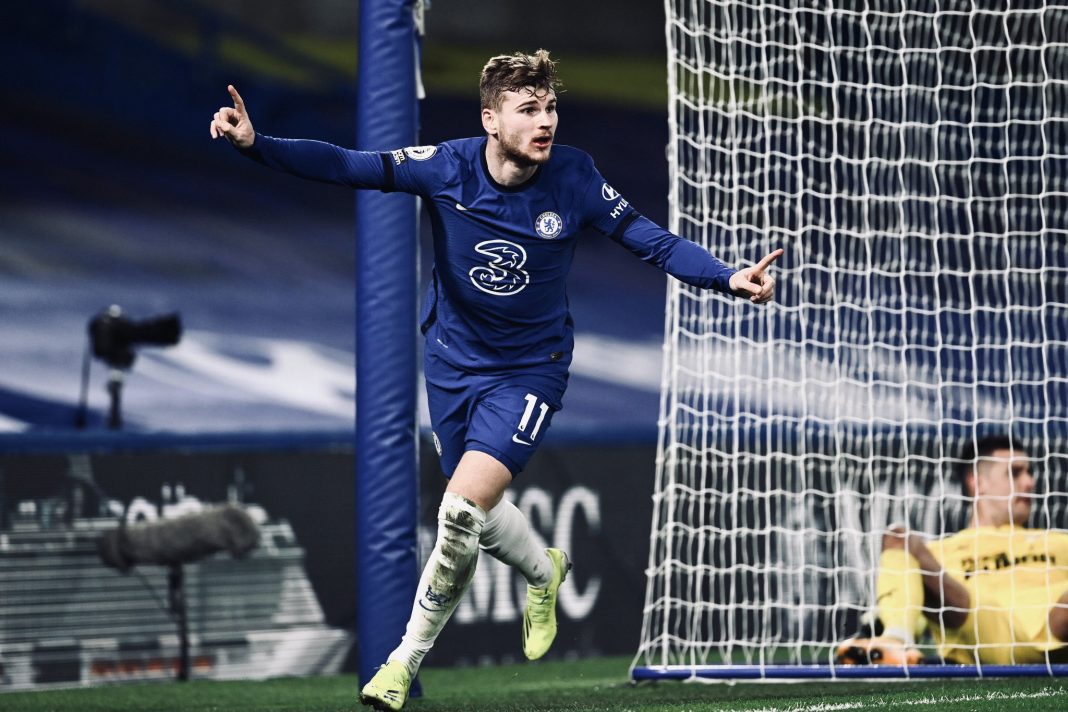 Thomas Tuchel laments on the fact that keeping the ball a lot at times can affect their speedy centre forward Timo Werner. The possession hungry team average almost 69 percent in a game based on their average six games in the Premier League under Thomas Tuchel.

Thomas Tuchel on Timo Werner and his Tactics

Chelsea are keeping a lot of the ball now-a-days which is causing their opponents to sit back deep and defend up until the last minute. Even against a top team like Atletico Madrid they had to dig deep to find space as Diego Simeone lined up six at the back.

This however is causing Timo Werner a lot of problems as he’s the type of player who would like to get into some space and then impact from there. However in Thomas Tuchel’s system he has to remain patient in the buildup and maintain possession.

Tuchel agrees this is hampering Timo Werner’s game a bit and they’re trying to find a solution for it. Chelsea will be facing Manchester United in the Premier League on Sunday night in a battle for the top four between the two.

“Maybe it is our fault because we have a lot of possession and we push opponent teams very, very deep in their half so spaces are not too big,” Tuchel said. “We are reflecting a lot about this and working a lot with him.
“There are also solutions in tight spaces to use his speed in the first metres, to use his acceleration.
“The biggest strength of Timo is to attack the space the last line so it is maybe also our fault in the dominant game that we play in the moment, it is very natural that the spaces are closed by the opponents.