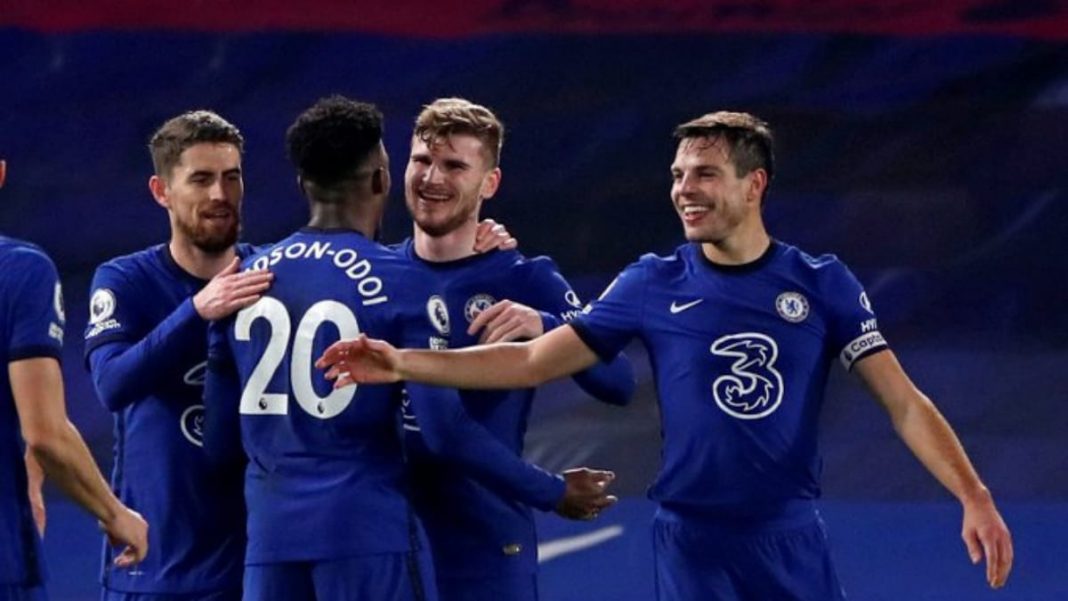 Chelsea secured a comfortable 2-0 win against Newcastle and maintained their unbeaten record under Tuchel. Timo Werner broke his goal duck and finally scored a Premier league goal after about 100 minutes.

Oliver Giroud opened the scoring for the Blues after coming on for the injured Tammy Abraham in the 20th minute. Chelsea kept their fourth clean sheet under Tuchel and are yet to concede a goal form an opponent player.

Chelsea are yet to lose under new coach Tuchel

Werner proved to be difference in the game as he provided the assist for Giroud’s first goal. He bamboozled Emil Krafth to hammer the ball across goal, where from the resulting scramble allowed Giroud a comfortable close-range finish.

The Chelsea summer signing then tapped in his first goal in 14 matches from a corner. The goal was allowed after a VAR check for a possible Giroud hand-ball before reaching Werner at the far post.

Werner was very pleased with his performance and felt relieved having finally broken his goal-scoring duck.

“I think for a striker it is much harder when you come into the situation. You don’t have chances,” Werner told Sky Sports. “I had in the past a lot of chances and I missed them and also today my team brought me a lot of situations where I can score and it is important to keep going like today.”

“As a striker you always want to score, the last month was not so (good) and I wasn’t happy with not scoring,” Werner said. “But at the end it is a team sport and when we win it is good, then I help the team with assists and winning penalties and now I am scoring and I am very glad I scored.”

Also Read : Zidane surprised at the increasing number of injuries at Madrid