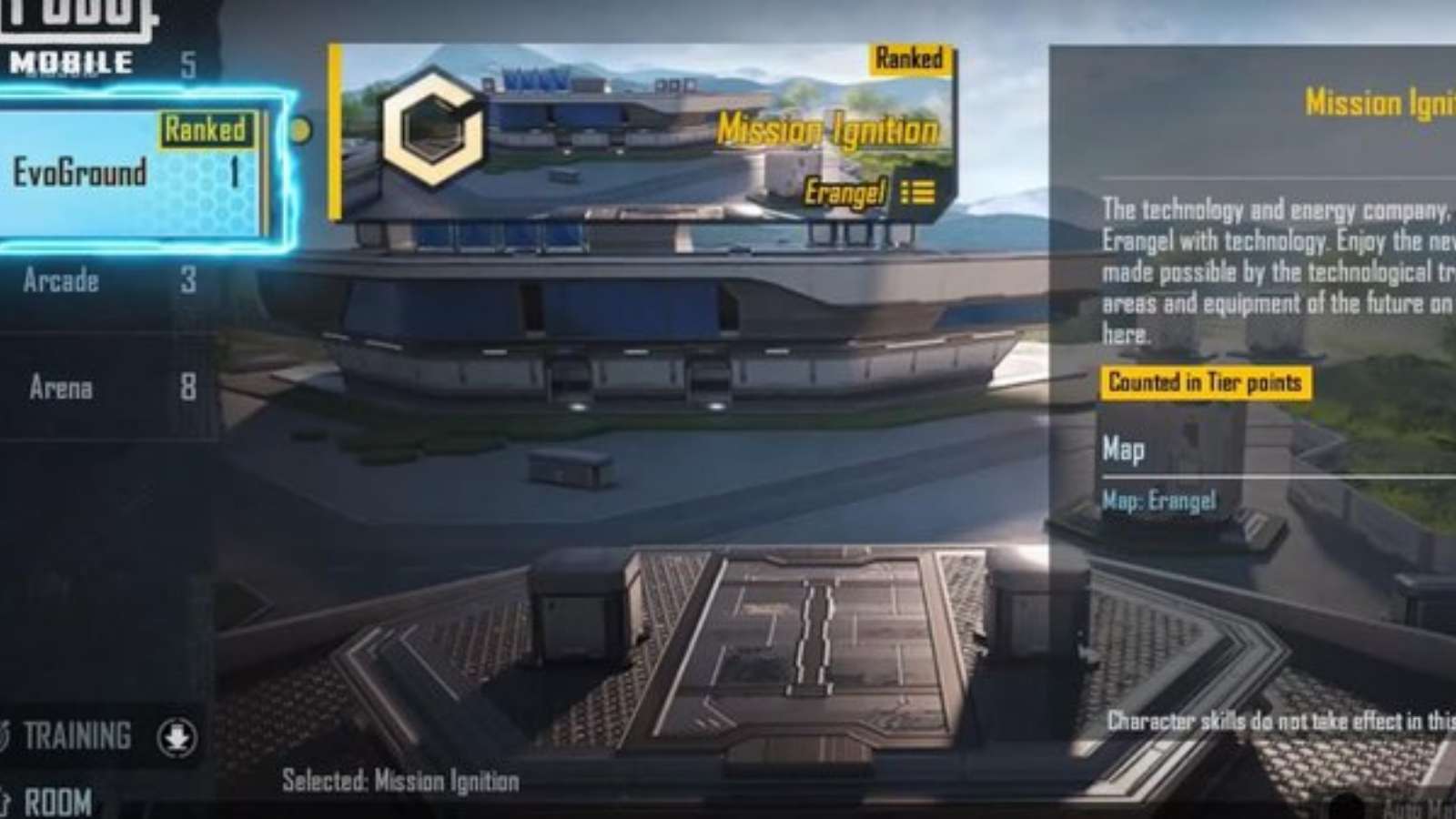 The Mission Ignition Mode can be played in the Evoground Mode and the event will last upto the month of September. This mode gives a glimpse about the virtual world of future to the players. Even though this mode can be accessed from Evoground section, the points earned in this mode will be added to your tier points, so in that case, winning the matches or at least surviving for a significant time becomes quite necessary.

Probably the best feature of the Mission Ignition Mode BGMI is the elevator which can be found in the revamped areas of Erangel such as Transit Centre (previously Pochinki),Tech Centre (previously School) etc.  if an enemy is camping above, you can use the lifts to reach there and defeat the enemies at  ease.

2. Use the new attachments

New attachments such as Tactical Marking device is a boon for the players as it helps the players to see more combat information. Players who equip tactical marking device will be able to locate the distance of the enemy after knocking them out. Another new attachment is the drum magazine which will help you to extend the ammunition  capacity of AR weapons to 50 bullets.

Another new feature is the Riot Shield which might look similar to the Gloo Wall feature in the Free Fire. If you’re stuck in an open area and the enemy has caught your sight, quickly deploy the riot shield which can be picked up from anywhere in the map. The riot shield will not let any bullet penetrate. You can also use smoke grenades and escape easily without the enemy’s notice

4. Crouch or lay prone in a close combat

The new crouch animation feature has improved the in game movements of the players. Earlier it was difficult to shoot the enemies as the crouch animation worked inconveniently. However, the improved feature makes the movements of your character real quick. You can lay prone or crouch to defeat your enemies in a close combat. Your enemies will have a hard time while defeating you.

5. Land on a far Gigafactory

Gigafactory is the place in Mission Ignition Mode BGMI where you can make your own Tesla Car so consequently, several players will land here and make it hard for your survival. If you are someone who focuses on F/D Ratio then you can land in the giga factory which lies in the path of the aeroplane. However, if you wish to push your rank then you should land in the giga factory that is far away from the path of your aeroplane.

These are some tips and tricks in Mission Ignition Mode BGMI