Former UFC bantamweight champion TJ Dillashaw is going to return to the octagon almost after 2 years, he was caught using PEDs and was banned from competing.

He is competing against Cory Sandhagen for the number one title contender for the bantamweight title, the winner will face the winner of Petr Yan and Aljamain Sterling’s rematch.

Along with this high-profile match between Dillashaw and Sandhagen, the fight card is stacked with some other interesting match ups.

Diego Sanchez is going to compete in the last fight of his career and he is going to do it against the legend Donald Cerrone, these two have had a long journey inside the octagon and maybe this will be it for Cerrone as well.

Donald Cerrone is a massive favorite in this fight with +600 and Sanchez is whooping underdog as +450.

Another interesting matchup between Gregor Gillespie and Diego Ferriera has been booked for the night, Gillespie was booked to face Brad Riddell but he got infected with the Coronavirus and had to pull out from the fight, now Gillespie is looking to get back in the win column against Ferreira.

Also read: “How are you gonna call a guy a coward who gave you an opportunity on six days’’, Ali Abdelaziz defends Kamaru Usman after Jorge Masvidal called him a coward

“I will fight the winner of the Ben Askren vs. Jake Paul,” says Dillon Danis on the Jake Paul fight 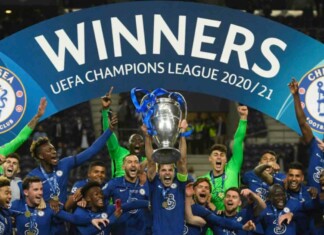 Sadok Limma - June 17, 2021
Following the highs of their second Champions League success, Chelsea will aim to establish a credible Premier League championship push in the 2021-22 season....