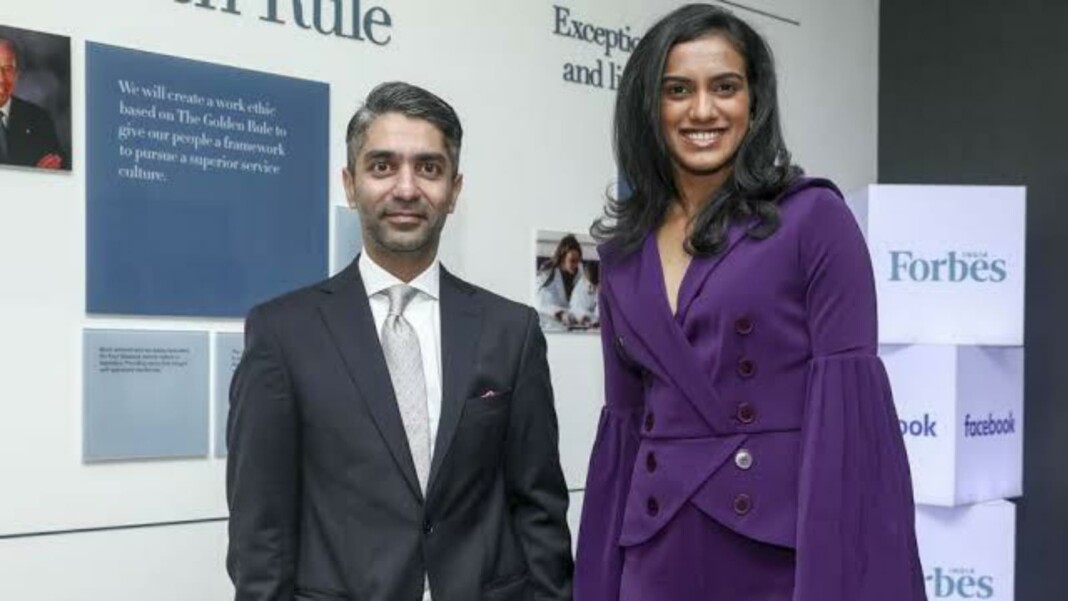 PV Sindhu won yet again and stood on the expectations of million of Indians cheering for her as she won the bronze medal at the Tokyo Olympics 2020 after deafeating China’s He Bingjiaon in two straight sets 21-13 and 21-15 toh secure India’s third medal in these games. With this medal, Sindhu was able to win consecutive medals at the Olympic games. Obviously, when you are able to achieve the ultimate, there are heartiest wishes that come your way, and Olympic gold medalist Abhinav Bindra too was able to tap the back of the Badminton ace.

Not only that was PV Sindhu congratulated by Abhinav Bindra, but also by the top-most personnel of the country. Bindra went ahead to claim that the 26-year-old is the pride of the nation. Unsurprisingly, after this feat Sindhu has gone onto establish herself in the history books of each and every badminton fanatic.

She dominated right from the start, making good use of her height and keeping herself calm throughout. Even though He Bing Jiao fought extremely well, Sindhu turned out to be too good for her. She eventually won two straight sets and took the game with ease.

However, Star Indian shuttler P V Sindhu on Sunday became only the second Indian to win two Olympic medals, securing a bronze after a straight-game win over world no. 9 He Bing Jiao of China. Wrestler Sushil Kumar is the first and only other Indian to win two Olympic medals, following up his bronze at 2008 Beijing with a silver at the London edition. Well it has to be said that with this win, the sixth seeded Sindhu also made up for the straight-game loss to world no. 1 Tai Tzu Ying in the semifinals on Saturday.