Tokyo Olympics 2020: A look at India’s top performers at the Summer Games

by Anshuman Mahapatra
in India at Olympics, Tokyo 2020 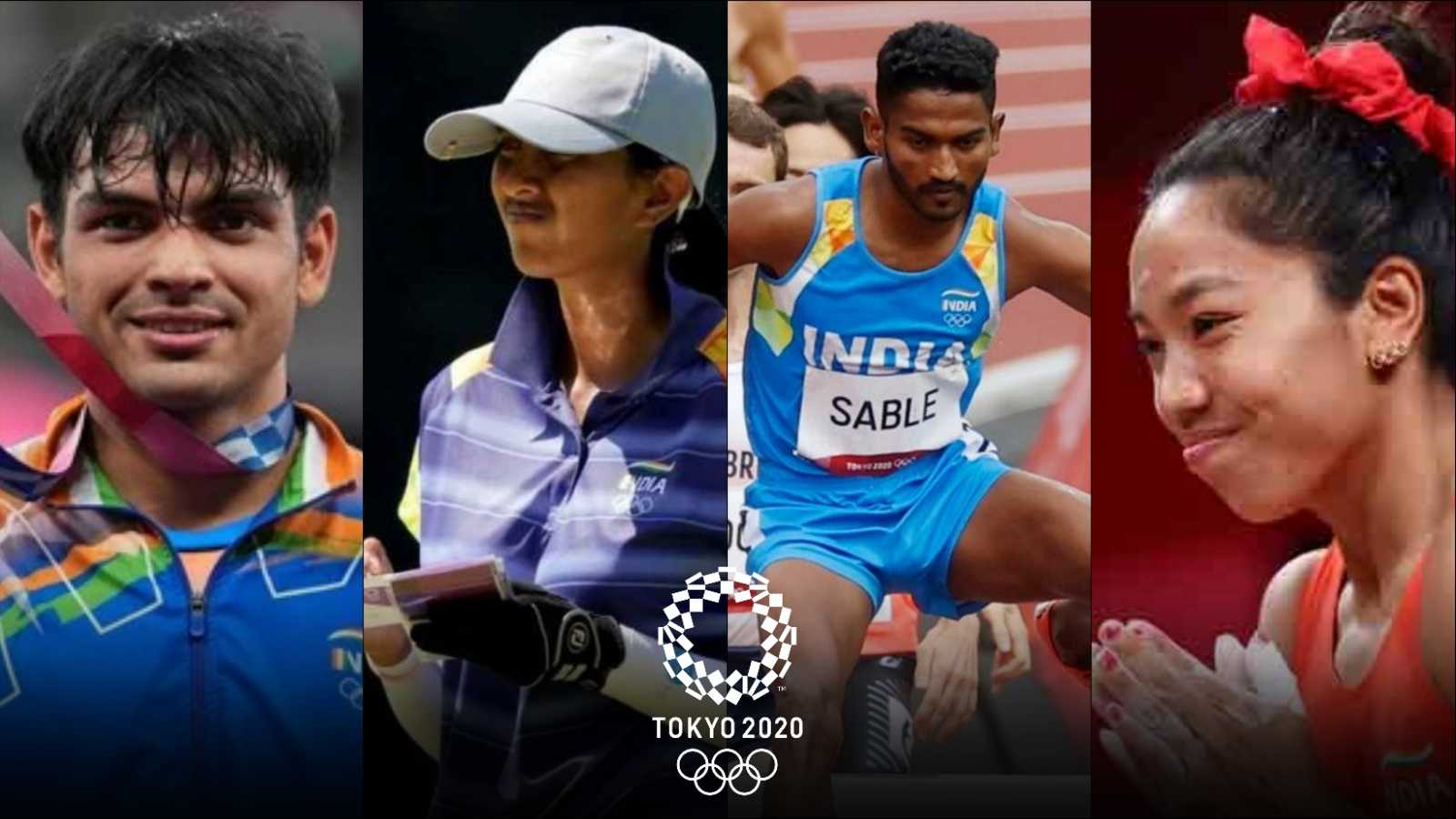 India’s campaign at the Tokyo Olympics came to an end on the penultimate day of the sporting extravaganza in style. With Neeraj Chopra‘s historic gold medal in the men’s javelin throw, India registered its best-ever performance at the Olympic Games with seven medals.

Toppling its London Olympics tally of 6 medals, India scripted history at Tokyo with a gold, two silvers and four bronze medals to show for their efforts. While India expected the medal tally to breach the two-digit mark this time around, it was not to be the case,. But the Indian athletes impressed one and all with their showing.

As India celebrates a historic Olympic Games, let’s take a look at the Indian Olympians who put up a stunning show at Tokyo 2020 and made the entire nation take pride in them.

23-year-old Neeraj Chopra ended India’s 121 years wait for its first track and field medal at the Olympic games. Chopra bagged the gold medal in javelin throw with a monstrous 87.58m throw in his maiden Olympic appearance. With it, he became only the second Indian to win an individual gold medal at the quadrennial event joining Abhinav Bindra in an elite list.

Mirabai Chanu brought home India’s first medal at the Tokyo Games on the very first day. She won the silver medal in women’s 49kg weightlifting. This is India’s first Olympic medal in weightlifting in the last 20 years as Karnam Maleshwari won the first one at the Sydney Games 2000. Mirabai lifted a total weight of 203kg to open India’s medal tally.

After 41 long years, India has finally managed to secure a podium finish. At the Tokyo Olympics, the Indian men’s hockey team put up a sensational performance to clinch the bronze medal. In the third-place game, India faced off with European powerhouse Germany in a fast-paced, edge-of-the-seat thriller and came up on the top with a stunning performance.

PV Sindhu won a historic bronze medal at the Tokyo Olympics in women’s singles badminton, after winning a nail-biting match against China’s He Bingjiao. Sindhu became the first Indian woman to win 2 medals at the Olympics, and only the second Indian athlete to win 2 medals at the Olympics. Sindhu is also only the fourth woman in badminton history to win medals in consecutive Olympics.

Lovlina Borgohain faltered in the semifinal of the Tokyo Olympics as she went down to top seed Turkey’s Busenaz Surmeneli with a unanimous decision of 5-0. With a bronze medal to her name in her maiden Olympic campaign, she became only the second Indian female boxer and third overall to secure an Olympic medal. While she was impressive through the tournament, the top seed proved too good for Lovlina at the end.

The last day of wrestling at the Tokyo Olympics saw India’s Bajrang Punia clinch the bronze medal match in the men’s 65kg freestyle wrestling. He took on Daulet Niyazbekov of Kazakhstan in the bronze medal bout and put up a stunning performance to take the bronze medal after a hard-fought match. Bajrang is only the seventh Indian wrestler to win an Olympic medal.

Although the Indian women’s hockey team failed to clinch a medal at Tokyo 2020, they won hearts with their gutsy performances and conquered the history books on their way to a fourth-place finish. In only their third Olympic appearance, the Women in Blue made it to the semifinals beating world champions Australia on the way. Although they lost their last two games, the fight they put up against Argentina in the semifinal and later against the defending champions, Great Britain is one to cherish for ages.

Indians have made their presence felt in sports which weren’t considered their strong point. One such sport is golf where Aditi Ashok has made India proud. The ace golfer finished second in the qualifying round after a fantastic performance. Aditi, who stands at 200 in world rankings, remained tied at the second spot for most of the final before slipping out of medal contention with just one more hole to go. While she might have missed out on a medal, her performance has helped golf reach every household in India.

The Indian men’s 4x400m relay team rewrote the Asian record at the Tokyo Olympics. The team of Mohammed Anas Yahiya, Noah Nirmal Tom, Arokia Rajiv and Amoj Jacob finished fifth in the heat with a timing of 3:00.25. Despite a record-breaking performance, the Indian team missed out on a place in the final as they finished ninth overall. The blistering effort is a beacon of hope for the country ensuring that we are on the right track on our search for glory in track and field events.

Avinash Sable has scripted a national record in his maiden Olympics appearance at the Tokyo Olympics. Sable clocked 8:18.12 in the heats to script history. Although he didn’t qualify for the next round, he put his best foot forward and should look to makes the Olympics experience count as he continues to work hard towards his goals. This is the seventh time Sable has breached the national record. Sable finished seventh in the heats despite giving his personal best.

The Indian duo of Satwiksairaj Rankireddy and Chirag Shetty were brilliant in their maiden Olympic campaign. The pair notched two wins despite being placed in the group of death which featured the World no. 1 and no.3 pairings. Despite a stellar show, which included a fabulous victory over the third seeds, they failed to make it to the knockouts. Nonetheless, their performance has sparked a hope of an incoming medal at the Paris Olympics 2024.

India’s first-ever athlete to represent the nation in fencing at any Olympic edition, Chadalavada Anandha Sundararaman Bhavani Devi aka C. A. Bhavani Devi recorded a special accomplishment on day four at Tokyo 2020. She won her Women’s Sabre Individual Table of 64 bout against Tunisian fencer Nadia Ben Azizi 15-3 registering India’s maiden win in the sport at the Olympics. Her feat has now put India on the world map in fencing as she continues her journey to glory.

India’s lone equestrian Fouaad Mirza scripted history at the Tokyo Games. Mirza became the first-ever Indian to make it an Olympic final in the sport. While Mirza was the last of the 25 who qualified, it is a moment of immense pleasure for each Indian. Mirza will featured in the individual jumping final after finishing 25th in the qualifying round. The Bangalore lad is the first Indian equestrian to seal an Olympic birth in two decades.

Also Read | Tokyo Olympics: Elaine Thompson to Allyson Felix, Who has the most medals in athletics?