Badminton will be the most followed sport during the Tokyo Olympics by Indians given the historic silver won by PV Sindhu at Rio 2016 and bronze by Saina Nehwal four years prior to that. This time around the Indian badminton contingent will be missing big names such as Saina, Kidambi Srikanth and Ashwini Ponnappa.

Nevertheless, fans remain hopeful for a medal considering India has had at least one podium finish at the World Championships and Olympics since 2011. Sindhu remains India’s brightest medal hopes despite a sloppy start to the season. The draws for badminton at the Tokyo Olympics were declared on Thursday.

Sindhu has to walk on eggshells if she is to get her hands on the gold medal. While she has an easy draw in the opening stages, Sindhu will be up against tricky opponents in the quarter and semifinals. We take a look at singles women player PV Sindhu’s road to the final of the event.

The Tokyo Olympics badminton draws for the women’s singles are out. Ace Indian shuttler PV Sindhu has found a place in Group J for the opening round. Sindhu will have to fight past Hong Kong’s Cheung Ngan Yi and Israel’s Ksenia Polikarpova to make it to the knockouts. Given the opponents, it should be a cakewalk for the Rio Olympics silver medalist.

In the women’s singles, the top player from every group will be proceeding to the knock-out stages. Therefore, out of the 43 players, we will have 14 women shuttlers moving onto the next round and will fight it out for a place on the podium.

Denmark’s Mia Blichfeldt is Sindhu’s potential opponent in the pre quarterfinal round of the Tokyo Olympics. Blichfeldt is ranked 12th at the moment and is placed in Group I for the first round. The young Danish star rose to fame with a singles title at the European Junior Championships in 2015.

The Danish has been in tremendous form this season haveing made the semi-finals at the Yonex Thailand Open and the Swiss Open before reaching the quarter-finals at the All England Open. Blichfeldt is not expected to stir trouble for Sindhu who is an experienced campaigner while the former will be making her Olympic debut.

The quarterfinals will see Sindhu go toe to toe with Japan’s Akane Yamaguchi. Pugnacious in attack and a tireless runner, Yamaguchi could prove to be a hard nut to crack for the ace Indian shuttler. Off late, the Japaneese has had the wood over Sindhu winning four of their last seven encounters.

The duo’s last encounter in the quarterfinal of the All England Open was a three set classic and we might see a repeat of it at Tokyo. Yamaguchi might have an edge over the Indian in her homeland but Sindhu is no stranger to big games. It will be interesting to see how the high profile duel turns out to be.

Also Read | Where do PV Sindhu and Sai Praneeth stand in the Tokyo Olympics 2020 medal race?

A clash with World number 1, Tai Tzu-ying awaits PV Sindhu in the semifinal. Despite boasting a 148-week record as World No. 1 Tai has no medal at the Olympics or the World Championships to show. The Chinese Taipei player is a master of deception with a wide range of shots but her inconsistency is the reason, an Olympic medal has been eluding her.

Sindhu has lost 13 of the 18 matches against Tai and is currently on three game losing streak against the 27 year old. Her last win against Tai came in August 2019 during the World Championships. If not Tai Tzu, there is a possibility that Sindhu might also have to encounter Thai veteran Ratchanok Intanon.

The gold medal clash will see PV Sindhu and China’s Chen Yufei go toe to toe. The left handed Chinese can stir up trouble in the final for Sindhu with her springy gameplay and stubborn attitude. Sindhu leads the head to head at 6-4 but at the stage of the Olympics, nothing is going to come easy.

Yufei has not played internationally since the 2020 All England Open, and there are concerns that nerves may get the better of her once again. If Sindhu manages to reach the final overcoming the numerous hurdles, the Chinese might not be much of a trouble for her. 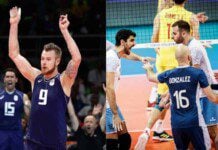 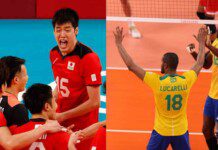 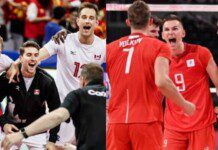 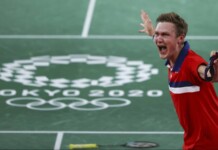