With the Tokyo Olympics all ready to begin, everyone is gearing up for the opening ceremony in the midst of the Covid-19 Pandemic. The IOC has put a cap of 6 members of NOC Officials but there has been no cap on athletes who will be allowed to attend the opening ceremony. The decision was taken in order to curb the threat of Covid-19.

India is sending a contingent of 125 athletes to the Olympics, with the overall contingent size being 228, including officials, coaches, alternates and other staff.

After a discussion with the chief de mission and coaches of India, it was decided that only 50 members of the Indian contingent will be attending the opening ceremony of the Tokyo Olympics. This will include not more than 44 athletes and 6 NOC officials.

“We won’t like to create a situation where our athletes are in danger of getting infected. So a decision has been taken to limit the number of athletes and officials participating in the opening ceremony within 50,” Indian Olympic Association secretary general Rajeev Mehta told PTI.

All athletes who will have events on 25th and 26th July, will not be attending the opening ceremony. This will include shooters, as Saurabh Chaudhary, Abhishek Verma, Apurvi Chandela and Elavenil Valarivan have events on the first day. Manu Bhaker, Yashaswini Singh Deswal, Deepak Kumar and Divyansh Singh Panwar will also be missing out as they will be seen shooting on day 2.

“Six officials (from every country) are allowed at the ceremony but there is no cap on athletes. However, we have advised the athletes who have events the next day to skip the ceremony and focus on their game,” deputy chef de mmission Prem Kumar Verma had said on Wednesday.

Athletes who are quarantined will also not be allowed, as many athletes have landed in Japan just days before the ceremony.

Also read: 2020 Tokyo Olympics opening ceremony live stream: When, Where and How to watch 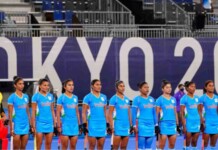 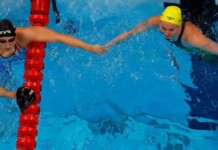