Indian pugilist Lovlina Borgohain bagged her maiden Olympics berth as she toppled Uzbekistan’s Maftunakhon Melieva in the quarterfinals of the Asian Olympic qualifiers. Borgohain dictated the fight before she won the bout with a unanimous decision. With the win, she became the first Assamese athlete to book an Olympic spot.

In her maiden appearance on the big stage, Lovlina put up a stellar show to win her first Olympic medal. The 23-year-old punched above her weight to make it to the semifinals before being knocked out by the top seed. After securing a bronze medal, Lovlina took to Twitter to thank the nation for the support they lent her during the campaign.

“It has been a wonderful journey to Tokyo Olympics. Finally, my years of preparation have yielded me an Olympic medal. Although I was aiming for gold, there’s always a next time and hopefully in the 2024 Paris Olympics. I thank my entire nation for their prayers and wishes and also dedicate this medal to my country,” Lovlina wrote.

“My family has played a pivotal role in my success,” Lovlina Borgohain

Lovlina went on to thank the Boxing Federation of India, the Sports Authority of India and the other associations as she added another medal to India’s tally.

Having been born in a middle-class family, Lovlin had her fair share of fights even before making it to the international stage. was born to Tiken and Mamoni Borgohain in the Golaghat district of Assam. Her father, Tiken, is a small-scale businessman and has trouble managing the financials of the family but he never stopped Lovlina or her siblings from following sports.

Despite struggling to make ends meet, Tiken stood beside his daughters and today the entire nation celebrates her. The bronze medalist, at last, thanked her family, especially her ailing mother for their overwhelming support throughout. “My family has played a pivotal role in my success. They were there with me during thick and thin, especially my mother who motivated me a lot despite her illness. Jai Hind!“

Also Read | Tokyo Olympics Boxing: Lovlina Borgohain settles for bronze as she bows out of semifinal against top seed Surmeneli 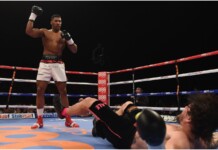 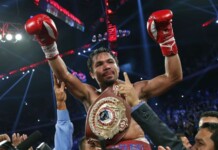