The Tokyo Olympics are coming close, and with gymnastics being one of the most exciting events, the prestigious all around title is up for grabs. Kohei Uchimura is the reigning all around Champion for 2 Olympics in a row. However this year he will not be competing for the all around title, indicating that he will only be seen on the horizontal bars.

The competition this year does not reduce, however, with many others waiting to claim the title. Let us take a look at 5 gymnasts who just might be able to clinch a medal and win the all-around title at the Tokyo Olympics this year.

Top 5 gymnasts to watch out for at the Tokyo Olympics-

Nikita Nagornyy is a Russian Artistic Gymnast. He won the 2019 World Championship all around title held in Stuttgart. He also won a gold in the team event as well as the vault.

He was a part of the 2016 Rio Olympic team where he represented Russia and eventually won the silver medal. Although he was out with an injury for a year, he came back strong in 2018 and won all-around bronze in the World Championships in Doha. The 24 year old has one of the hardest skills in the floor exercise named after him and is looking hopeful at winning a medal in the upcoming Olympics.

Artur Dalaloyan is the 2018 all-around champion at the world championships held in Doha. He won a silver at the 2019 World Championships, behind his teammate Nikita Nagaronyy.

Dalaloyan helped the team win a gold at the 2019 World Championships, and he also won a silver in the vault and a bronze in the horizontal bars. The 25-year-old is looking strong as he gives his teammate stiff competition this year at the Tokyo Olympics.

Xiao Ruoteng from China was a member of the bronze medal winning team at the 2015 Artistic Gymnastics Championships. Even though he was left of the Rio Olympic squad, he came back strong in 2017 to win several titles.

He won a gold medal at the 2017 Artistic Gymnastics Championships in the all around category, becoming the only gymnast to win a major all around title in 9 years other then the legendary Uchimura. He took the all around silver in 2018 in Doha and helped his team win a silver in the 2019 Stuttgart world championships. This year, with Uchimura not competing Ruoteng’s chances of winning are stronger then ever.

Kaya Kazuma is a 24 year old Japanese gymnast. He was a part of the team that won gold in the 2015 World Championships.

Since then he has won 3 bronze medals, 2 of them which were team medals at the 2018 and 2019 World Championships and one individual bronze in parallel bars in 2019. Kazuma is looking strong this year as a potential medallist at the Tokyo Olympics.

Kitazono Takeru is a part of the new wave of gymnasts hoping to make a mark at the Tokyo Olympics. The 18 year old won 5 gold medals at the 2018 Youth Olympic Games in all around, floor, rings, parallel bars and horizontal bars. He became the first gymnast to achieve such a feat in the Youth Olympics.

In the 2019 Junior World Championships, he won a team gold medal as well as a gold in the pommel horse and parallel bars. With his impeccable record he is very well looking to secure a podium finish at the Tokyo Olympics in his home country.

Also read: Tokyo Olympics: 5 Women to Watch out for the All-Around Title in Artistic Gymnastics 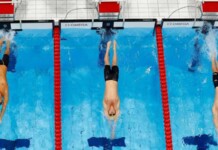 Swimming at Tokyo Olympics: Watch Ryan Murphy, Reagan Smith, Kaylee McKeown in Action on 27th July, 2021– When, Where and How to Watch 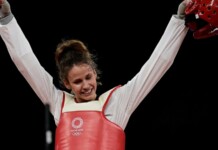