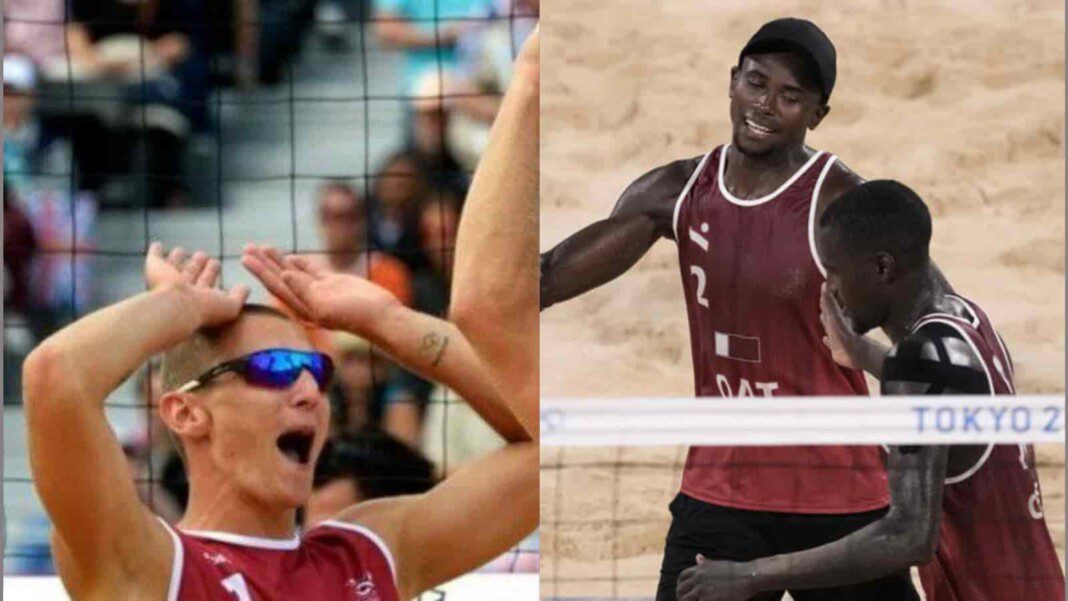 Latvia looked impressive in the Round of 16 as well as quarterfinal matches, taking out both the Brazilian teams in straght sets. However, in the semifinals, the Norwegian team proved too hot to handle for the Latvians as they went down 0-2 (15-21, 16-21) without a fight. Nevertheless, Mārtiņš Pļaviņš, who helped Latvia grab the historic bronze in London 9 years back, is still there playing for his nation in Tokyo and will use all his experience to ensure his and Latvia’s and second bronze in the beach volleyball.

On the other hand, Qatar have had to grind it out in both their previous knockout matches before succumbing to the Russian Olympic Committee in the semis. The Qataris were very much in the game in the first set but ran out of steam in the second to hand ROC a comfortable 2-0 (21-19, 21-17) victory. Having said that, it would be a historic moment for Qatar as they have never made it to the medal round match in beach volleyball at the Olympics.

The bronze medal match between Latvia and Qatar in the men’s beach volleyball will be played on 7th August, 2021 in Shiokaze Park situated in Tokyo.

All to play for in this bronze medal match, both Latvia and Qatar will go all out to secure their second and first medal, respectively in beach volleyball at the Summer Games. Latvia has looked more stable team and therefore they enter in this match as favourites. Having said that, Qatar is chasing history and would not let the match slip away so easily out of their hands. So the final prediction is Latvia will win it’s second medal in beach volleyball at the Olympics with the scoreline reading 2-1 in their favour in what can be a nail-biting contest.