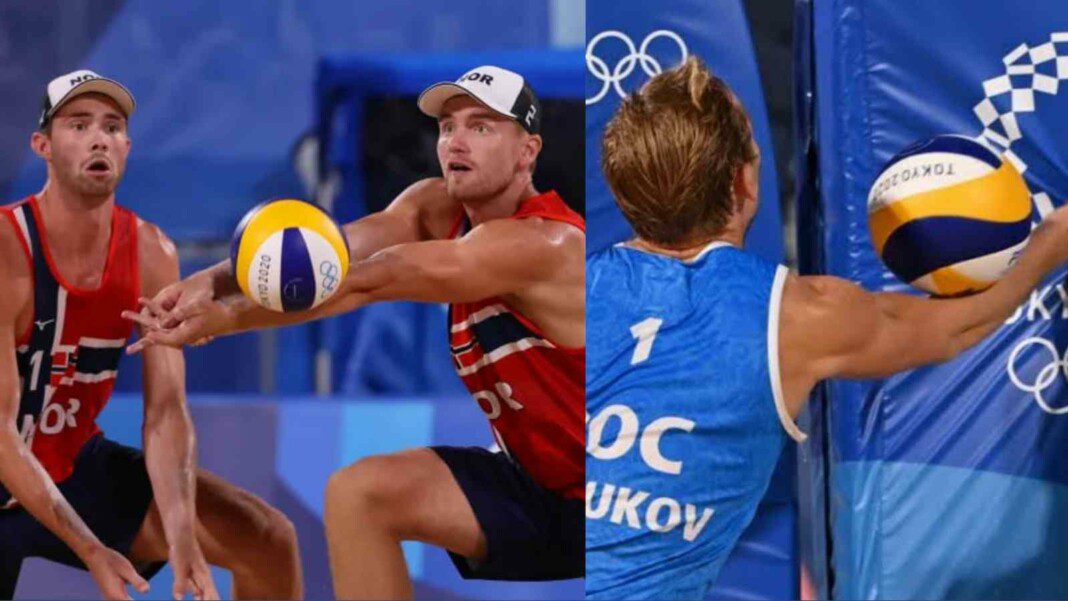 In the gold medal match of the men’s beach volleyball at the Tokyo Olympics 2020, Norway will lock horns with the Russian Olympic Committee (ROC), in what can be a match between the two most dominant sides of the tournament. None of the two countries have ever won an Olympic medal in beach volleyball, so history beacons the two sides.

Since receiving a loss in the group stage against another ROC team, Norway has been just phenomenal. They have steamrolled through their opponents in all the knockout games without losing a single set. Particularly their win against Latvia in the semis will give them a whole lot of confidence, as they did not give even a single chance to the Latvians in the and comprehensively won 2-0 (21-15, 21-16).

Somewhat on similar lines, the team of ROC have been indomitable barring a loss in the preliminary stage and like Norway, they too haven’t conceded even a single set in the knockout games. ROC never looked in any sorts of trouble even in the semifinal against Qatar, which they clinched in straight sets 2-0 (21-19, 21-17).

The men’s beach volleyball gold medal match between Norway and the Russian Olympic Committee will be contested on 7th August, 2021 in Tokyo’s Shiokaze Park.

Entering into a gold medal match of any event at the Olympics where you haven’t won any medal previously has a different sort of pressure altogether. There are no favourites in this game and whosoever handles the pressure better, will finish at the top of the podium. Norway and ROC have played some incredible Volleyball over the course of two weeks and none of them deserve to end with the silver medal. Having said that, for the sake of prediction and going merely by the gut feeling, ROC is taking home the gold in an edge-of-a-seat thriller encounter, which will go down to the wire with the scoreline reading 2-1 in the favour of the Russians.