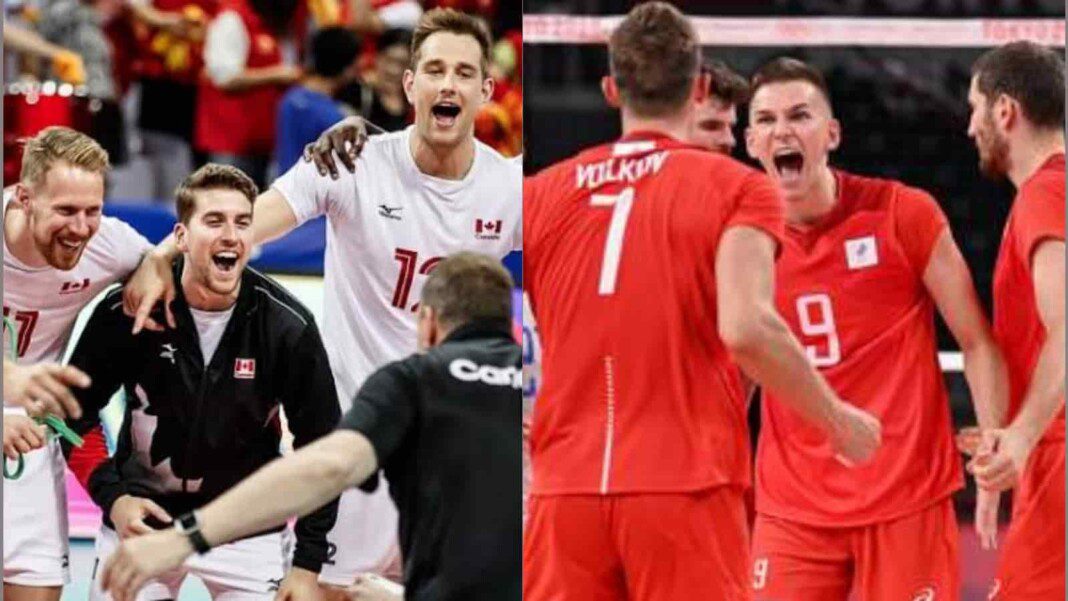 In the first quarterfinal of men’s volleyball at the Tokyo Olympics 2020, Canada will take on Russian Olympic Committee (ROC). While Canada finished at the fourth place in Pool A, ROC topped the standings in Pool B.

Canada is coming into this quarterfinal on the back of 2 wins and 3 losses with a total of 7 points from 5 games. However, the last pool game that they played, they looked listless against Poland who won the match 3-0. Canada would have to iron out their flaws if they have to challenge a top team in the form of ROC.

On the other hand, ROC had been ruthless to say the least in their group matches. Barring their loss to France 1-3, they haven’t conceded more than a single set in any of the other matches. ROC topped the Pool B by accumulating 12 points from 5 matches.

On the paper, ROC is definitely the firm favourite to make it the semifinals. Canada are more than capable of challenging their Russian counterparts, but to clinch the match will be a daunting task for them. So the prediction of this match is that the ROC will secure a comfortable 3-1 win.