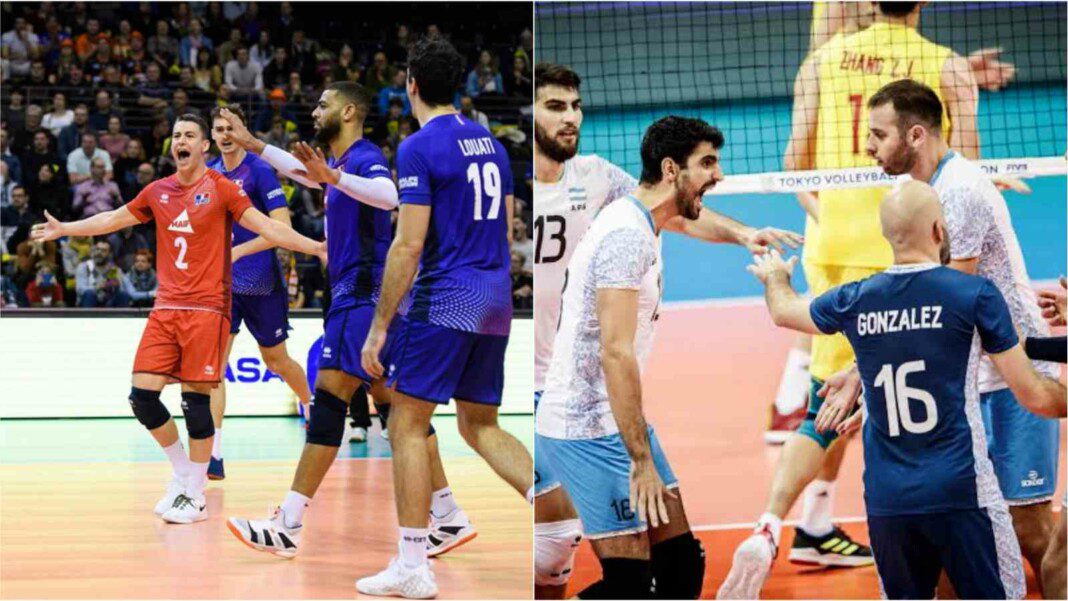 France and Argentina, two teams who were not expected to make it to the last four, will now lock horns with each other to determine one of the two finalists for the gold medal match at the Tokyo Olympics 2020.

France who looked jittery in the group stage and finish fourth in Pool B, no one would have thought that they would pull up the upset against Poland, who dominated almost evey match in Pool A. But knockout games tend to bring such drama and this time France provided this with an exhilarating, 3-2 (21-25, 25-22, 21-25, 25-21, 15-9) win over Poland.

Similarly, Argentina were the underdogs in their quarterfinal match against Italy. But the Argentines, like the French, showed nerves of steel to overcome Italy 3-2 (21-25, 25-23, 25-22, 14-25, 15-12). Argentina is looking for its first medal in men’s volleyball at Olympics since 1988 Seoul Games, where they clinched a bronze medal.

The semifinal between France and Argentina will be contested on 5th August, 2021 in Tokyo’s Ariake Arena.

Since both France and Argentina are coming into the semifinal after knocking out more fancied team in the last-eight stage, their confidence level would be sky high. While France are seeking their first ever men’s volleyball medal at the quadrennial extravaganza, Argentina have ousted 6-tims Olympic medalist and defending silver medal winner Italy. It is going to be really tight, but Argentina have their noses slightly in front. Therefore, prediction for this semifinal is that Argentina is going to make it to the gold medal match with the scoreline reading 3-2 in their favour.