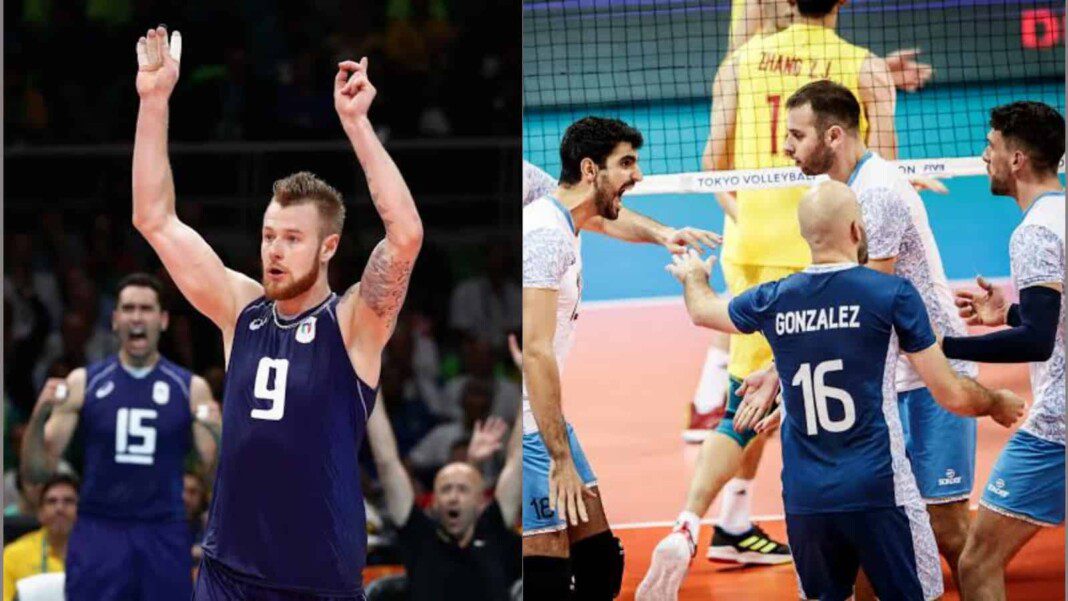 In what can be a tightly contested match, Italy will take on Argentina in the third quarterfinal of the men’s volleyball at the Tokyo Olympics 2020. While Italy finished second in Pool A, Argentina came third in Group B.

Except for their win against Venezuela 3-0, Italy has lost at least a set in each of their remaining four matches in the preliminary round. It also includes a 0-3 thrashing at the hands of Poland. But what has stood out for them in the tournament so far, Italy has won crunch moments which helped them accumulate 11 points from 4 wins.

On the other hand, Argentina have also showed nerves of steel as in a virtual knockout match, they blanked USA 3-0 toale it to the last-eight stage. They have taken 3 out of the 5 matches into the decider, and have won 2, which again proves that they are mentally a really strong side.

The penultimate quarterfinal of the men’s volleyball will be played on 3rd August, 2021. Tokyo’s Ariake Arena is the stadium where the match will be played.

Both teams have shown numerous times in Tokyo that they don’t easily give up, which sets up for a close encounter. Another five setter for Argentina is on the cards, however, they may end up on the losing side this time around as Italy have beem superior skill wise. Having said that, anything can happen if the match goes to the decider. Nevertheless, prediction is Italy winning this contest and progressing to the semifinals, with the scoreline reading 3-2 in their favour.