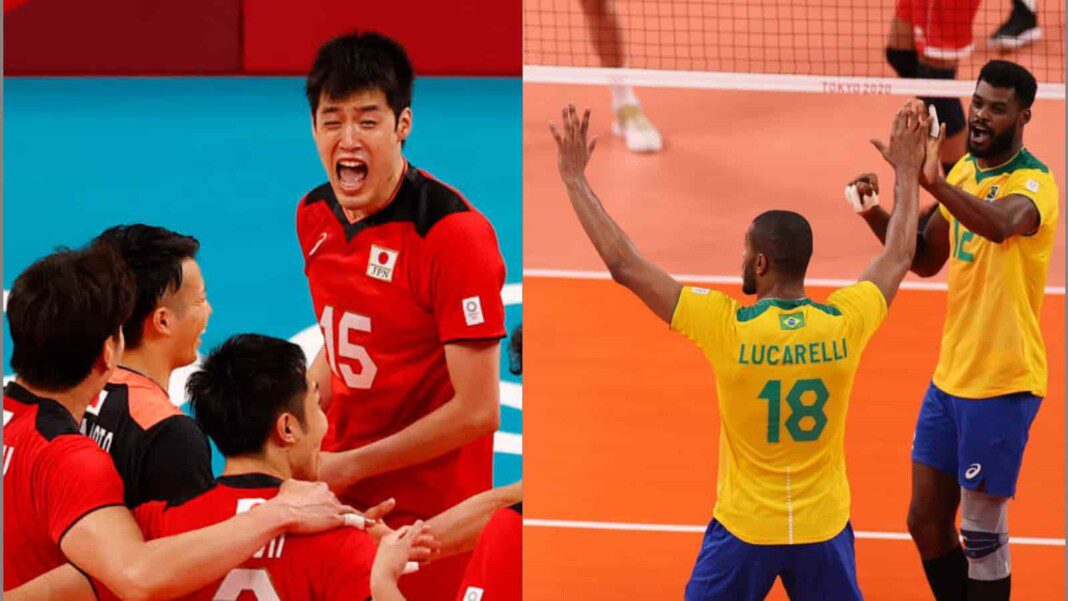 Hosts Japan will lock horns with defending Olympic champions Brazil in the second quarterfinal of the men’s volleyball at the Tokyo Olympics 2020. While Japan came third in Pool A, Brazil finished runner-up in Group B.

Japan started the tournament on a high note winning back-to-back matches comprehensively. However, they could not sustain as they faced two consecutive losses. Very close to early exit, Japan held their nerves to edge past Iran 3-2 in the last preliminary match to make it to the last-eight stage. With 8 points in 5 matches, they occupied the third spot in Pool A.

On the other hand, though Brazil managed to win 4 out of the 5 games, they haven’t really dominated the tournament. Brazil particularly faced stiff competition from Argentina and France, where they needed five sets for the victory. Their only loss came against the Russian Olympic Committee (ROC), which they comprehensively lost 0-3.

The second quarterfinal between Japan and Brazil will be played on 3rd August, 2021. Ariake Arena in Tokyo will host the match.

Though Brazil haven’t played close to their potential till now, don’t forget that they are reigning Olympic champions. Japan has done exceedingly well in the group stages but to upstage Brazil, especially in a quarterfinal of the Olympics, is improbable. Brazil is going to win this match and progress to the semis, with the scoreline reading 3-0.