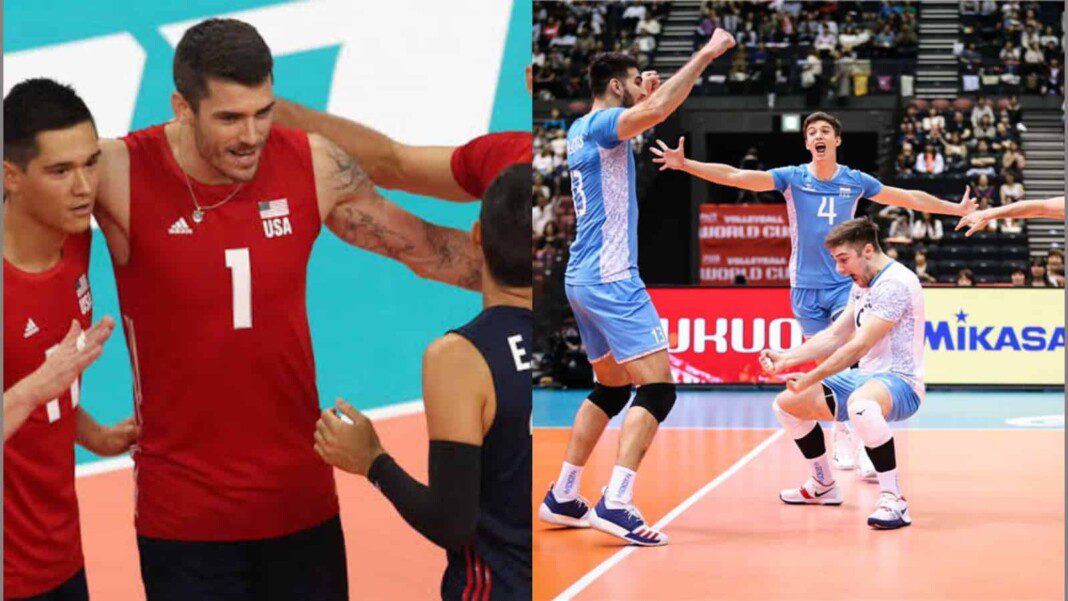 In what can be a virtual knockout match, USA will take on Argentina in their last preliminary Pool B encounter of men’s volleyball at the Tokyo Olympics 2020. Whosoever loses this contest, will in all likelihood, fail to make the cut for the quarterfinals.

USA got off to a resounding start in Tokyo by annihilating France 3-0. But in the very next match, they were comprehensively defeated by the Russian Olympic Committee (ROC) 1-3. USA made a comeback and got the better of Tunisia 3-1, though suffered another loss at the hands of Brazil with the scoreline reading 1-3. With 6 points from 4 matches, they are currently placed at fourth position in Pool B.

Argentina has followed almost the similar path, with two wins and as many losses. They started with a 1-3 loss to ROC, and followed it up with a close 2-3 defeat to Brazil. Argentina then made a stunning comeback, by edging out France 3-2. But what will hurt them is their 3-2 win over Tunisia as it robbed them one point (According to the volleyball rules, if the match goes into the fifth set, the losing team gets 1 point, instead of 0 whereas, the winning team receives 2 points instead of 3). With 5 points in 4 matches, Argentina currently find themselves outnof contention for the last-eight spot.

This mouth-watering match will be played on 1st August, 2021 at the Ariake Arena, Tokyo.

While Argentina want either a 3-0 or 3-1 win, a mere win for USA will be enough for them to progress to the next round. If the match goes into the decider and Argentina wins, both teams will end up with 7 points, and the qualification will go on to who have a better sets won to sets lost ratio and further to the ratio of points won to points lost. However, if France loses its next match against ROC by 0-3 or 1-3, then it will be a three-way tie of 7 points, but in that scenario, USA and Argentina would qualify as they would have a better sets won to sets lost ratio. Just expecting for a drama in Pool B, so the prediction is Argentina wins against USA with the scoreline reading 3-2.