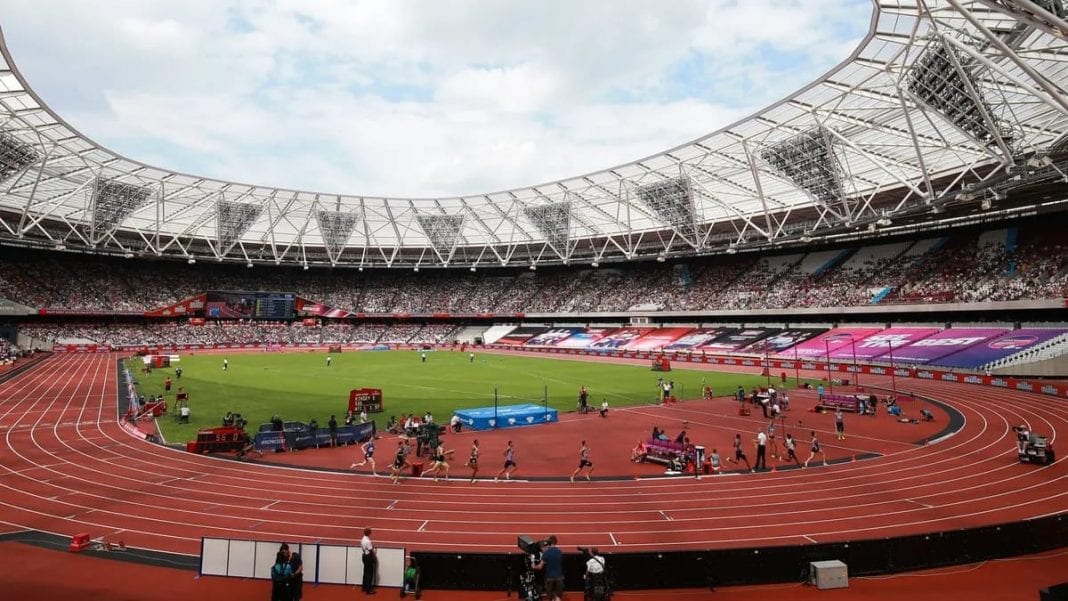 The upcoming Tokyo Olympics at the end of July will see the greatest athletes clash against each other for the coveted title. Athletics is one of the oldest sports events in the Summer Olympics and still holds a strong fan base in the Games. The multi-event sport has produced some of the best athletes in the world and is one of the most-watched sports in the quadrennial tournament.

However, in athletics, India has never had a great run in the Olympics. The only medals that can be considered in India’s tally are of British-Indian Norman Pritchard who won two silver medals in the 1900 Paris Olympics when the country was still under British rule. After independence, athletes like Milkha Singh and PT Usha have been the closest to chasing the podium but the Olympic medal to date remains an elusive dream for the country.

However, with some great performances by national athletes this year, India’s long wait for a medal in athletics may just end in Tokyo. Here is taking a look at top Indian athletes who can win a medal at the Tokyo Olympics in athletics.

The 23-year-old threw a world-leading distance of 88.07m on 5th March 2021 in Patiala during the Indian Grand Prix 3. His personal best effort rewrote his own national record. According to performance, Chopra is currently ranked 4th in the world behind Germany’s Johannes Vetter, Poland’s Marcin Krukowski, and Trinidad and Tobago’s Keshorn Walcott.

In preparation for the Tokyo Olympics, Neeraj Chopra has been competing in several events across Europe, standing first in Lisbon, Portugal, and at the Karlstad GP. Although his performance in the latter was dismal, Chopra came back with a bang at the Kuortane Games. The tournament in Finland was dubbed as the most important meet before the Tokyo Olympics as many elite javelin throwers were competing there. The Indian star put on a solid show in Kuortane bagging the bronze medal behind Vetter and Walcott with a strong performance of 86.79m.

Neeraj Chopra was also expected to compete against Vetter in Lucerne, Switzerland on 29th June 2021. However, he withdrew from the competition. “There is no injury. It was a decision taken by the team that he should not participate. It’s a matter of strategy,” AFI president, Adille Sumariwala had told Sportstar at the time. “The coach felt there was no need for a third event (of the week). They have seen whatever they wanted to and now they want to start training,” Sumariwala had added.

Defending Olympic champion German Thomas Roehler and 2019 World Championships silver medalist Magnus Kirt have pulled out of the Olympics owing to injuries. Their unfortunate withdrawal has, however, further bettered Neeraj Chopra’s chances of securing a podium finish in the Tokyo Olympics.

The reigning Asian and Commonwealth Games champion will be all set to produce his greatest performance yet at the Tokyo Olympics and bring home a shining Olympic medal.

Indian discus thrower, Kamalpreet Kaur booked her spot in the Tokyo Olympics with a national record-breaking 65.06m throw at the 24th Federation Cup Senior Athletics Championships held in Patiala in March this year. She became the first Indian woman to breach the 65m barrier.

However, her personal best effort was just a glimpse into the kind of magic she could yield with her discus. In just two weeks, the 25-year-old not only shattered her own national record but stunned the athletics community when she threw a jaw-breaking distance of 66.59m at the Indian Grand Prix 4 in Patiala on 21st June 2021. Her incredible performance would have earned her a bronze medal at the 2016 Rio Olympics.

Recently the national champion found herself in a broiling spat with fellow Indian discus thrower, Seema Punia, after the latter demanded a hyperandrogenism test to be done on Kaur. While these concerns disturbed Kamalpreet, her focus is still on the upcoming Tokyo Olympics. “I am disturbed mentally. There are no such rules (in field events) and players who have qualified for the Olympics are tested every 15 days for dope-related offenses. My focus is only on my training and winning a medal in Tokyo,” Times of India had quoted her as saying.

The sensational Indian star is the 6th best in the world this season and is a beacon of hope for the country to bring home its first athletics medal in the Olympics. With the kind of elite performances Kamalpreet has been putting up, the Olympic podium doesn’t seem far from her discus’s reach.