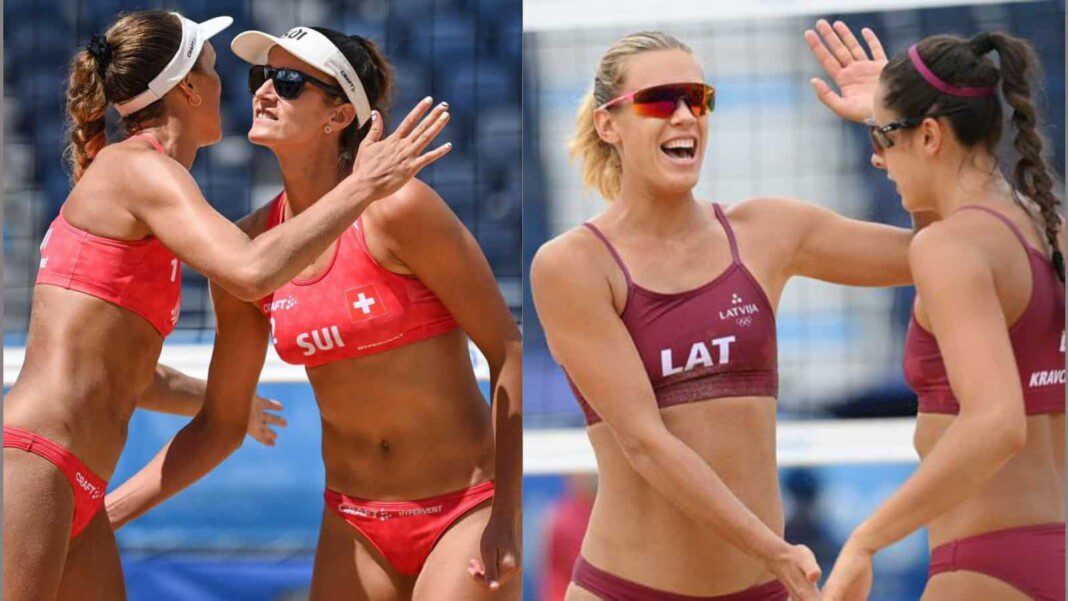 Switzerland entered in their semifinal against USA as an underdog and it didn’t change either as the Americans thrashed their Swiss counterparts in straight sets 21-12, 21-11. Such was the sheer dominance of USA that Switzerland looked out of sorts from the word go and never ever they even threatened to challenge the mighty Americans. It would be interesting to see how they bounce back for the bronze medal match after such a deflating loss.

Latvia, who for the first time have send their women’s beach volleyball team at the Olympics, gave a good account of themselves but it was too much to ask from them against a skilled Australian team. Latvia fought valiantly before going down in straight sets 21-23, 13-21. They have already scripted history by reaching the semifinals in their very first attempt and it remains to be seen whether they can clinch the bronze medal.

The bronze medal match of the women’s beach volleyball at the Tokyo Olympics will be played on 6th August, 2021 in Tokyo’s Shiokaze Park.

Switzerland might still be wondering what hit them in the semifinal, as USA did not even break a sweat against them. While on the other hand, Latvia evenly matched Australia in the first set before tamely losing the second set. Moreover, Latvia are brimming with confidence as nobody would have thought that they would be contesting in a medal match in their debut Games. This might be enough for the Latvians to clinch the bronze medal against crestfallen Switzerland. So the prediction for the bronze medal match in women’s beach volleyball is Latvia winning it with the scoreline reading 2-1 in their favour.