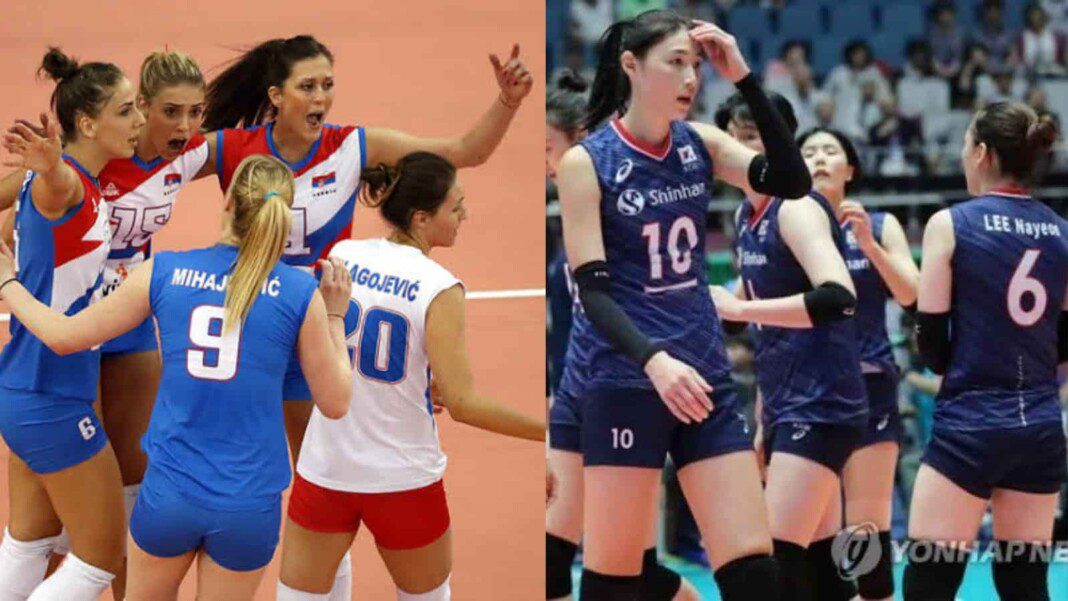 In what can be termed as an inconsequential match, Serbia will take on South Korea in the last round of preliminary Pool A encounter in women’s volleyball at the Tokyo Olympics 2020. With both teams having already booked the quarterfinal berth, they would look for a win to end the group stage on a high.

Barring the loss in their latest match by table-toppers Brazil 1-3, Serbia have looked dominant to say the least and have breezed past other teams in their group with a straight set win. They have already sealed emphatic wins over Japan, Dominican Republic and Kenya, which have given Serbia 9 points out of 4 matches and are currently placed second in Pool A.

On the other hand, though Korea has already qualified, some of their wins haven’t been that convincing and have had to fight their way out. After losing out to Brazil 0-3 in their opening fixture, Korea returned in style and blanked Kenya 3-0 in the very next match. However, what followed was two scrappy wins against Dominican Republic and Japan by identical scoreline of 3-2, and will find themselves lucky to emerge on the winning side on both occasions.

This Pool A fixture between Serbia and Korea will be played on 2nd August, 2021 in Ariake Arena, Tokyo.

Though the match holds little value in terms of qualification for next round, both teams will look to end the Pool A as high as possible on standings so as to avoid strong teams from Pool B in the quarterfinals. Serbia has steamrolled against all teams except Brazil and expect them to do the same to Korea. A 3-0 win is on the cards for the Serbs.