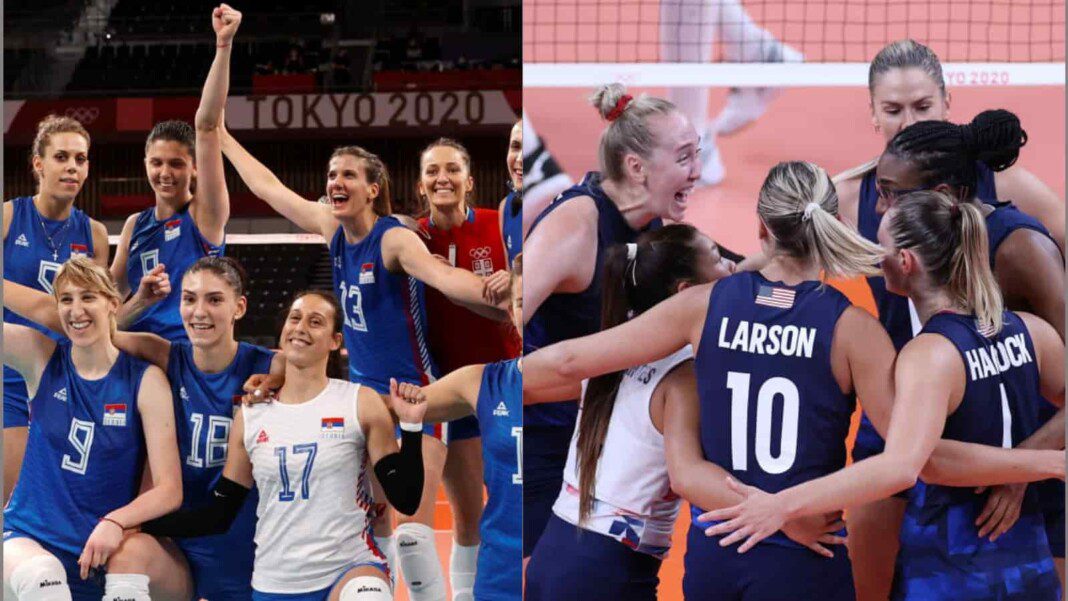 Reigning Olympic silver medalist Serbia will lock horns with defending Olympic bronze medalist USA in a high octane women’s volleyball semifinal at the Tokyo Olympics 2020. USA’s women’s volleyball team have been five-time Olympic medalists but have never laid their hands on the gold, something which they would be eager to achieve this time around.

Serbia have played some flawless volleyball in the tournament and barring their loss against Brazil in the group stage, have not lose a single set yet. There was no change in the proceedings in the quarterfinal either, where they annihilated Italy in straight sets 3-0 (25–21, 25–14, 25–21). Serbia are look very much in the fray to upgrade their silver medal that they won five years ago in Rio.

On the other hand, USA has finished on the podium of women’s volleyball in the past three Olympics but have somehow not able to clinch the elusive gold. But USA is looking in some top form currently, first topping their group and then blanking Dominican Republic 3-0 (25-11, 25-20, 25-19). The Americans are looking desperate to finally clinch the yellow metal this time around.

The first semifinal of the women’s volleyball between Serbia and USA will be played on 6th August, 2021 in the Ariake Arena, located in Tokyo.

With both teams aiming for nothing else than a gold, it is going to be one heck of an encounter. Both teams are in great shape and are playing high quality volleyball. Having said that, Serbia has been more clinical throughout the tournament as compared to USA and look a tad stronger as compared to their American counterparts. So prediction for this match is Serbia will match towards the final with a 3-2 win over USA in an edge-of-a-seat thriller.