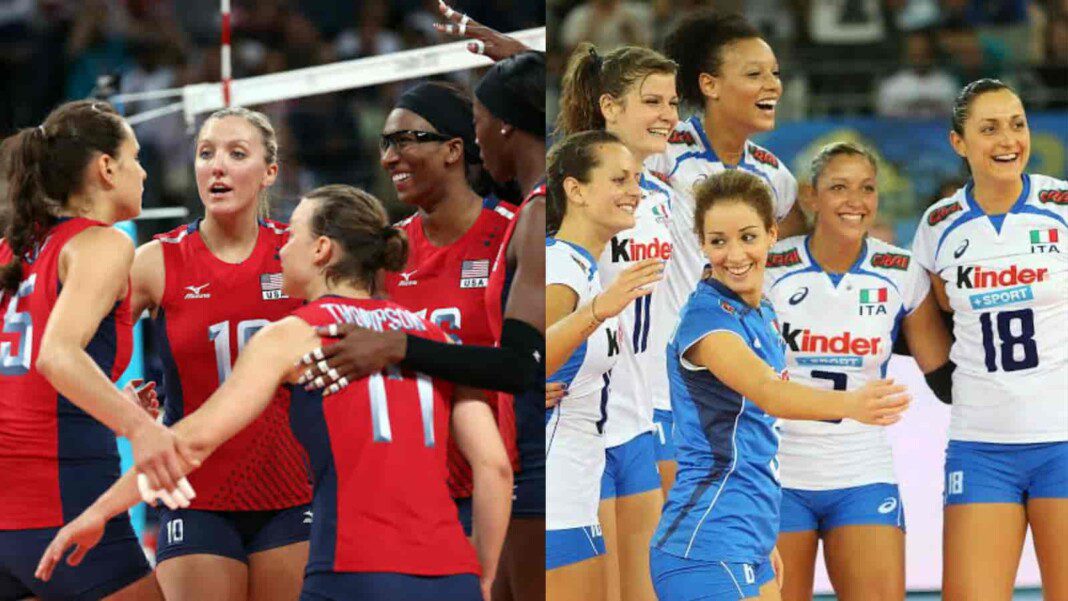 With all the four places already confirmed for quarterfinals in the Pool B, USA and Italy, two of the four qualified teams, will battle it out to in order to confirm a top-2 finish in their group in the women’s volleyball at the Tokyo Olympics 2020.

USA has played some solid volleyball over the week, winning 3 out of their 4 matches. They made a resounding start to their campaign, earning back to back straight set victories against Argentina and China. USA followed it with a hard-fought, 3-2 win over Turkey before going down 0-3 to the Russian Olympic Committee (ROC). With 8 points in 4 games, they are currently placed third in their group.

On the other hand, Italy looked just ruthless in their first three matches, outclassing ROC and Argentina by an identical 3-0 scoreline and breezing past Turkey 3-1. However, they looked complacent against China in their fourth game and convincingly lost 0-3. Nevertheless, with 9 points from 4 games, Italy are currently topping the Pool B.

The quest for a top-2 finish between USA and Italy will take place on 2nd August, 2021. It will be played in the Ariake Arena, located in Tokyo.

Italy’s last lost against China shows that they have take it a bit easy after confirming their place in the last-eight stage. USA too looked toothless in their last game against ROC. Still the Americans’ loss against ROC will hurt them less than Italy going down to China. The Italians can be low on confidence, which means USA can cash on this opportunity. The prediction for the match is USA winning this nail-biting encounter by 3-2.