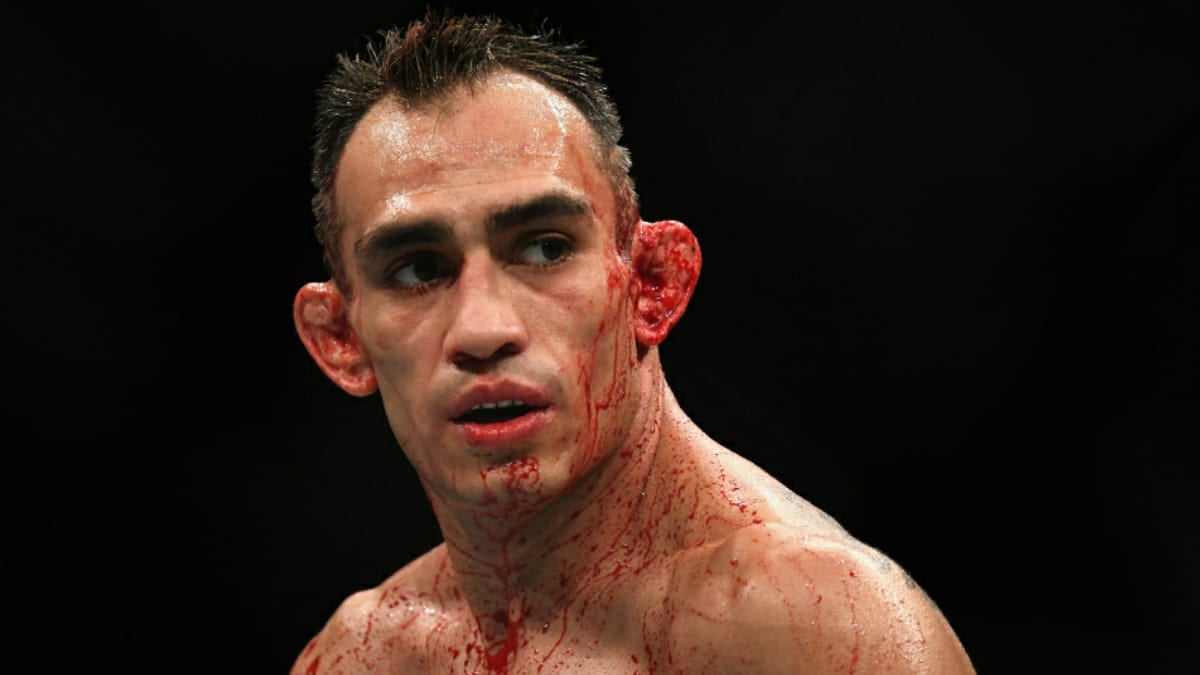 Former UFC interim lightweight champion Tony Ferguson is set to make a comeback against Beneil Dariush. In a recent interview with ESPN’s Ariel Helwani, El Cucuy spoke about his recent loss against Charles Oliveira. UFC welterweight Gilbert Burns trolls him on Twitter for his excuse.

Tony Ferguson and Charles Oliveira went up against each other at UFC 256 in the co-main event. Oliveira won by a whopping split decision after his dominant performance. Since that defeat, Tony Ferguson has not fought anyone and will finally be returning to the octagon on May 16th for UFC 262.

In his latest interview with ESPN, El Cucuy said that he couldn’t perform well against the current lightweight title contender due to various factors that diminished his training sessions. Tony Ferguson also believes that since the pandemic hit, it affected a lot of his other businesses.

Tony said, “I only trained five hours of jiu-jistu for that fight. That’s it. I was busy, dude, just doing a lot of other stuff, man, trying to make my business flow, trying to make sure my team was filled…Fight week changed, dude” in the interview with Ariel.

Tony Ferguson completely opened up talking about his difficulties trying to train through the pandemic. The fighter will return to action on May 16th which is highly anticipated. El Cucuy also said that he couldn’t train effectively because of the COVID in the interview with Ariel Helwani yesterday on 14th of March.

“They said we couldn’t do anything because of COVID, so it was bad, the preparations were fucked,” he said in the interview. ESPN MMA posted this on their Twitter page to which UFC welterweight contender, Gilbert Burns trolled by replying, “Smells like Borrachinha Wine”.

Knowing Tony Ferguson, the fighter is bound to reply to the welterweight contender making up for an entertaining Twitter battle. Gilbert Burns was referring to Middleweight fighter Paulo Costa‘s excuse for losing the fight to Israel Adesanya.

Also read:
“I will fight the winner of the Ben Askren vs. Jake Paul,” says Dillon Danis on the Jake Paul fight