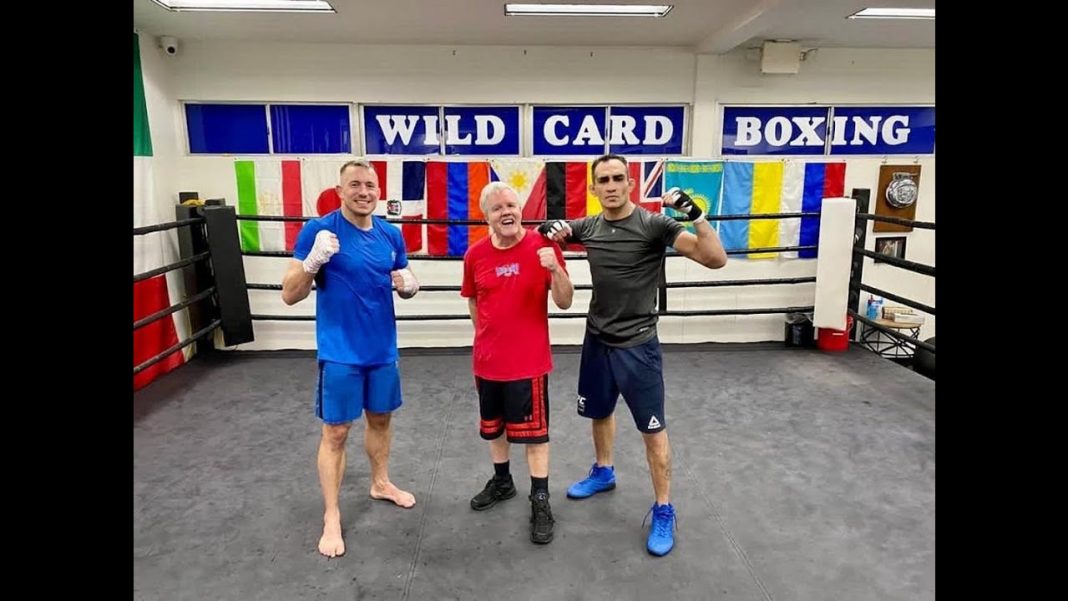 Tony Ferguson is looking to get back to winning ways as he will be taking on Beneil Dariush at UFC 262, in the co-main event. ‘El Cucuy’ is currently on a two-fight skid, after losing to Justin Gaethje and Charles Oliveira in 2020. He was riding a massive 12 fight win streak, before that. And, this is the first time in his career that he has lost two fights in a row.

In a bid to come back stronger than ever, Tony Ferguson made some changes to his training regime, and in fact began training with legendary boxing trainer Freddie Roach, who has trained boxing greats like Mike Tyson, Manny Pacquiao and Oscar De La Hoya.

More recently, Tony Ferguson posted a picture on Instagram, training alongside Freddie Roach and the one and only Georges St-Pierre. Tony mentioned that he was honored to train with one of the greatest mixed martial artists of all time.

Tony Ferguson will be looking forward to getting back to the older version of himself. ‘The Boogeyman’ will be taking on an equally hard-as-nails opponent in Beneil Dariush. As for Georges St-Pierre – the consensus GOAT is currently enjoying his retirement but has never gone out of shape ever since announcing the same, back in 2017. There were a lot of talks about GSP facing Khabib Nurmagomedov, but all those were recently put to an end, as Khabib Nurmagomedov officially announced his retirement.

Will we get to see the old Tony back, given that he is training with the ‘elites’?

Also Read : Michael Chandler believes Conor McGregor would be the one standing in his path during his first title-defense!