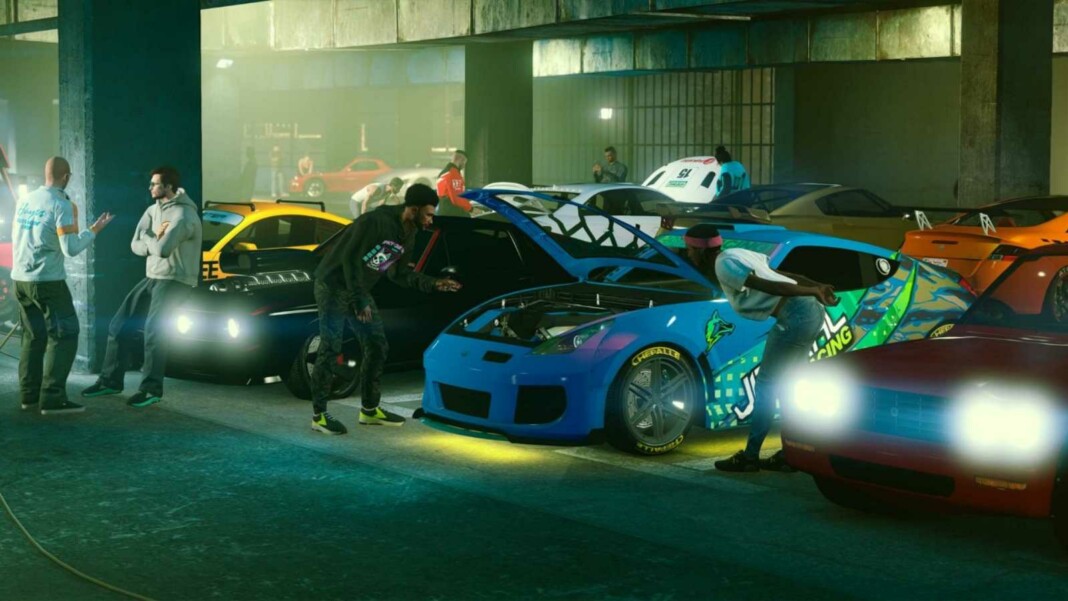 The new GTA 5 DLC just dropped a few hours ago and introduced a lot of new content to the game. New cars, missions, races and even a whole new social space were all added with more vehicles to be added in the coming weeks. Rockstar, however, were also clever enough to add a few easter eggs which fans took notice of. This article covers 3 of the best easter eggs added to GTA 5 in the Los Santos Tuners update.

All Players in GTA 5 Online have a personal mechanic who delivers cars to them wherever they request by calling him and selecting the vehicle required. He makes a very short cameo appearance in the new update. When players enter the Los Santos Car meet for the first time, Johnny is seen driving a Karin Calico GTF. The player blocks him and Johnny honks at the player, before driving away. Another exciting easter egg to note here is that the Calico’s number plate says ‘ONDASPOT’ which is one of his famous lines when answering calls (“Hi this is Johnny on the spot. What can I do for you?”).

The Los Santos Tuners is an update that revolves around the existing car culture in GTA 5 as revealed by Rockstar Games themselves. So, it would only make sense to have a famous icon from the GTA custom cars scene make an appearance in this update. Benny owns a vehicle workshop in Strawberry, where players can get custom versions of vehicles. These vehicle usually offer tons of new customizations to vehicles, changing their whole design. Soon after Johnny leaves, and the player continues talking to Mimi, Benny too appears driving a Hermes, with a nameplate that says ‘B3NNY’. He waves at Mimi and drives away soon after.

This is probably one of the most iconic Easter eggs ever in GTA 5. Ever since its release in 2013, GTA 5 has seen many content creators and Redditors trying to stop the GTA 5 train using various different methods only to fail miserably as there is in fact no way to stop the train in GTA 5. This has also been the subject of hundreds of different Youtube videos and Reddit Clips. In the LS Tuners update, however, the player is able to do a set of contract missions from the Auto Shop which can be purchased. On the Finale Robbery mission of one such contract, the ECU job, the player is actually able to stop the train by shooting and destroying the Brake Discs before searching the containers onboard the train. This is a reference to one of the most popular and community favourite GTA 5 memes of all time. The train, however, cannot be stopped this way in freemode, story mode or any other mission except the ECU Job.

Also read: Los Santos Tuners: All you need to know about the new GTA 5 DLC.