Serie A is one of the top competitive professional league competitions held for football clubs located at the top of the Italian football league system and the winner is awarded the prestigious Scudetto and the Coppa Campioni d’Italia.

Serie A has been up and running for the past 90 years since the 1929-30 season and witnessed the rise of some of the greatest football players in the history of the sport.

Serie A was adjudged as the world’s strongest national league in 2020 according to IFFHS and is ranked third among European leagues according to UEFA’s league coefficient, behind La Liga and the Premier League and ahead of the Bundesliga and Ligue 1. The league also led the UEFA ranking from 1986 to 1988 and from 1990 to 1999.

Speaking of the greatest players of all time, the competition has seen many unforgettable moments. There have been mesmerizing goals scored that have made their way to the record books while some of the saves upset several fans of the game whilst giving joy to the goalkeepers who did a remarkable job at shoot-stopping.

Serie A has seen a lot of legendary goalkeepers on the goal of legendary teams over the years. The league has reached its peak through the 90s and the Italian teams have produced goalies that will and always have had a huge impact in Serie A’s history.

The Brazilian has spent 10 years in Italy as the goalkeeper for AC Milan and has made more than 200 appearances in Serie A. In his stint, he bagged two UCL titles (Champions League in 2003 and 2007) and also a Serie A Scudetto.

His ability to stop the ball with the gloves was unmatched. Dida was an incredible shot-stopper and penalty-kick saving specialist.

The Brazilian has won the Coppa Italia in 2003 and bagged the Serie A next year, in 2004. He was also honoured as Serie A Goalkeeper of the Year in the title-winning season.

He won the FIFA World Cup with Brazil in 2002. However, he faced a decline in his form in the last few years as an AC Milan player, but will always be remembered as one of the best goalkeepers in the history of the club.

Overall, Dida has played a total of 450 career matches while playing 302 of them for AC Milan. In his 206 Serie A games, he has stayed for a staggering 18,442 minutes on the pitch with a save percentage well over 55.

The 51-year-old Italian has spent his entire career in Serie A. He started with Roma in 1986, but his most successful stint was with Juventus from 1991 to 1999.

He won the Scudetto three times with the Old Lady and played a huge part in the 1996 Champions League win, saving 2 penalties in a crucial shoot-out.

Peruzzi made a whopping 478 appearances in Serie A. He was the very first goalkeeper to win the Serie A Goalkeeper of the Year award, as it was introduced back in 1997. Ever since then, he has won the award three times.

Peruzzi won the Coppa Italia with Lazio in 2004, which was his second after previously winning it with Juventus in 1995. He was also a part of the mighty Italian World Cup-winning team back in 2006. He has seen some of the best days of football and been a part of the most memorable victories ever. He will and always be considered as one of the greatest goalkeepers in the sport’s history.

Yet another legendary keeper who was a part of AC Milan’s incredible generation from the 90s. He has been a memorable piece of AC Milan’s history.

For six seasons, he was the Rossoneri number one and the club knew they could blindly rely on him to deliver them with consistent performances.

In a team with the biggest stars of the sport, his skills were often overlooked and his role was viewed as one of the easiest in football, but nothing ever stopped him from being the brilliant goalkeeper that he was.

He was a part of a whopping 346 Serie A games out of which he played 330 games for AC Milan. His shoot-stopping was a desire to watch; Rossi indeed was one of a kind when it came to goalkeeping.

In a past interview, Rossi once mentioned that conceding a goal, to him, was “like having my hand cut off, and every time I retrieved the ball from the back of the net it was like dying.”

In all, the star keeper has won the Serie A five times with Milan, as well as the Champions League back in 1994.

The Italian is the oldest man ever to have won the World Cup, with a staggering 40 years when he led the strong Italy side to victory in 1982.

It was the crowning moment of a sensational career, in which Zoff also lifted the European Championship title with the national team, on home turf in 1968.

He is considered one of the greatest goalkeepers ever to have played the game. In all, he played a mind-blowing 642 matches in Serie A. He started his professional career with Udinese and Mantova but established his better side during his stint with Napoli and Juventus.

The 76-year old has won the Serie A six times with the Old Lady, adding 2 Coppa Italia in the bag and one UEFA Cup win to the list of his achievements.

In 1973 he was adjudged second for the Ballon d’Or. However, from 1972 to 1974 he broke the record for the longest period without conceding a goal in the international sector that was an astonishing 1142 minutes.

He also holds the record for the most saves (67) as compared to any other goalkeeper in World Cup tournaments since 1966.

Words cannot describe the excellence that is Gianluigi Buffon. Right from his famous Serie A debut against AC Milan as a budding teenager to leading Juventus to a record-breaking seventh successive Scudetto, Buffon is arguably the best goalkeeper of all time.

As a young 17-year-old teenager, he started his professional career at Parma. Buffon was part of Parma’s famous generation who won the UEFA Cup and the Coppa Italia back in 1999.

The door of greater opportunities opened for him when he was transferred to Juventus for a staggering €52 million and became a true legend of the club.

He won eleven incredible Serie A titles with the Old Lady, two of which were revoked following the Calciopoli scandal.

Buffon was one of the key players during their Serie B revival in the 2011/12 season. He captained them to seven consecutive Scudetto titles since then. The list doesn’t end there, he has been awarded the Serie A Goalkeeper of the Year for a record-breaking 12 times.

He has also won the FIFA World Cup with Italy in 2006 and lost in the EURO 2012 final to Spain, a disappointing day for the Italian fans.

The Champions League trophy seems like a far-fetched dream for Buffon as that’s the only trophy he’s missing. He played 657 games in Serie A with a whopping 58,535 minutes on the field.

The 43-year-old has also played a total of 685 matches with the Old Lady, the best stint of his career. 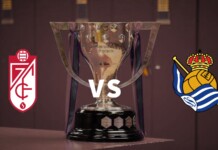 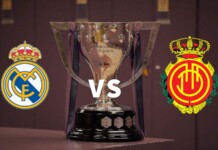