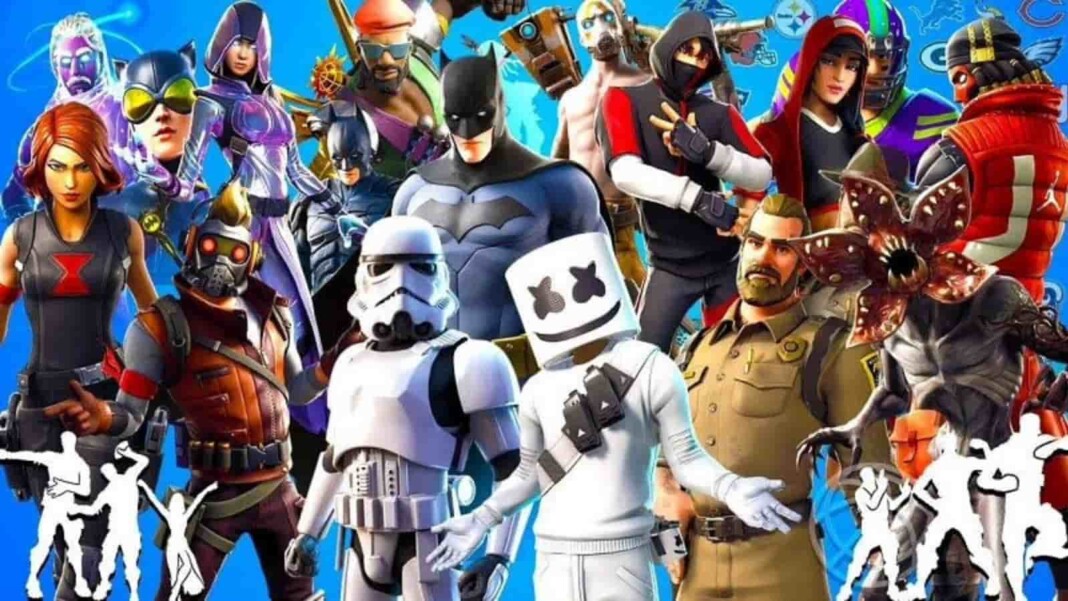 Fortnite has been adding multiple fan-favorites to the game for a long time. The game has grown in popularity to the point where real movies, comics have been part of it and led to some iconic collaborations. Here are 5 of the best:

The John Wick Outfit is the first outfit to use a real person’s likeness (Excluding Marshmello). John Wick is added alongside his House, a Hotel in Neo Tilted, and the Wick’s Bounty LTM.

Marshmello was the first artist to ever do a live concert on Fortnite. The first collaboration to feature a real-life person, Marshmello brought a bundle of Cosmetic Items, a set of challenges as well as a Live Concert

Thanos and the Avengers coming to Fortnite brought many fans to the game. The first collaboration added to Fortnite. Standard Battle Royale mode, but picking up the Mythic Infinity Gauntlet transforms the player into Thanos, with special abilities and more health.

Star Wars cosmetics were added to the game, alongside a Live Event, Lightsabers, the First Order Blaster Rifle, and Stormtrooper AIs. This is the first Collaboration to add AI. It brought multiple characters including Rey, Kylo, Finn, and even the iconic stormtrooper.

The first DC Comics collaboration is added, including Batman, Catwoman, and a new location: Gotham City, using the layout of Tilted Towers. Two new items are also added alongside this: The Batman Grapnel Gun and Explosive Batarang. This collaboration is the first time collaboration items were present in standard playlists.