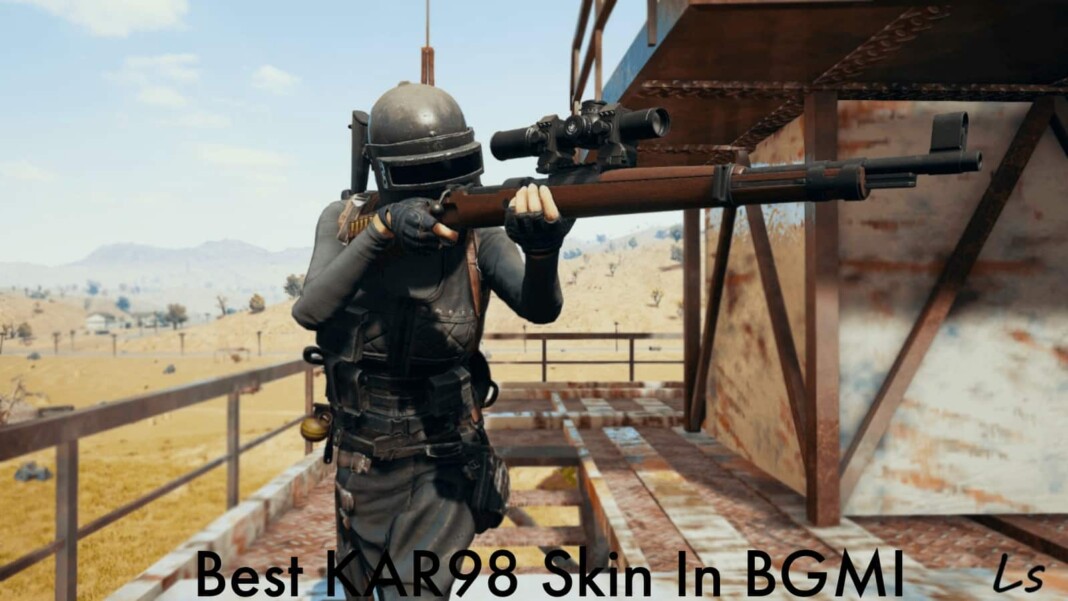 It is a well-known fact that players of Battlegrounds Mobile India are obsessed with snipers and even customizing their snipers with the best skins. This article talks about the best KAR98 skins in BGMI which are admired by every player in the game.

Possessing unique items is big a flex be it in real life or in virtual games. BGMI offers a player to acquire such amazing items by winning missions and opening crates mostly. Finding out KAR98 and having ample amounts of ammo boosts up a player’s confidence and lights up the ambition to win the match within a second. But with exotic skins for the gun it not only increases the winning streak but boosts up the personality of the in game character, and the more the appearance enhances the more the performance gets better.

Here a few of the best skins for kar98 are listed below,have a check and play fashionably.

One of best skins that any sniper can possess is the Moonlit Grace skin of KAR98. It is a legendary skin that can be upgraded upto level 7 in the in-game workshop. The gun features its own dazzling light with a golden pattern embroidered around the weapon all over which gives it a magnificent look. The weapon also features a unique firearm ornament and a loot crate bestowing royal vibes.

A new crate that was released in BGMI- Battlegrounds Lucky Crate features this exclusive KAR98 skin. BGMI’s collaboration with Indonesian singer Rich Brian brought a mythic outfit along with a character & in-game voice which resembles the actor. This skin is much ahead of it’s time. The amazing robotic design not only gives the gun an extra aura but also if clubbed with matching outfits the player might resemble sci-fi movie characters.

There’s nothing that can be compared to black and yellow combination. This legendary skin of KAR98 can be obtained from the classic crate which costs 36 UC if you open it for the first time. Players can also open the classic crate with help of classic crate coupons which are given on various missions & events. As the name suggests fierceness, this skin not just makes the gun look cool but also adds a gangster like personae to it.

The base appearance of this skin might look ordinary but as players upgrade the weapon, the appearance of the weapon is changed completely. The weapon can be upgraded upto 7 levels which gives a unique finish message as well as a firearm ornament. The final form of the weapon adds a dragon’s image to the weapon which makes it look ferocious. Knocking your enemies with this weapon skin will boost your confidence in the battleground.

A weapon that can earn kills with just a headshot should have a skin which has a brutal appeal. Players might discard the weapon after viewing its base appearance but the players can two varied looks for this skin. The advanced form of the weapon gives it a neon blue color and the final form of the weapon gives it a color of melted lava. One of the unique feature of this weapon skin is that players can show off the gun with the result emote.

These are the Top 5 KAR98 skins in BGMI solely written on the writer’s perspective. However, our reader’s views might differ.

Also Read: Matrix Spin Event BGMI: How to get the Cybernet Diva Set in BGMI?