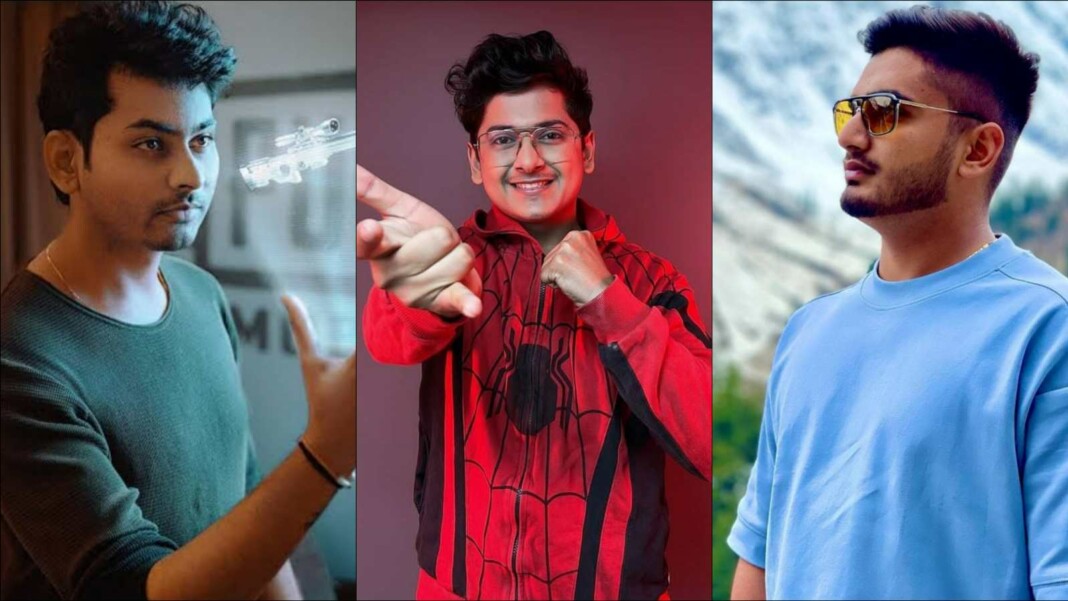 Battlegrounds Mobile India is a Battle royale game and is one of the region-exclusive version of PUBG Mobile was developed by Krafton. The game has rolled early access for content creators on June 17 and later opened the access for everyone which has got 5 million downloads in just one day.

On the very first day of its launch for content creators, they have remarked some of the bestowed viewership records of themselves by playing the game on their YouTube channel. All PUBG enthusiasts on the country are delighted to see the game Launching in the country and to watch their favourite players & streamers playing it. PUBG Mobile once has established a strong base of eSports and related content creation platform in the country but it all soon declined after its ban. But the YouTubers have shifted to several other games to entertain their people and now with the game’s comeback and future BGMI eSports, the game will again regain its momentum in the country. All we have to do is to just handle well this time.

Content creators play an important role in promoting a game and as for a reason, Battlegrounds Mobile India is planning to set Streamers battle as its first tournament to create the hype in the country. Several popular creators have got invitations, except the Team IND which have become so disappointing for people and for the players. It is a pity to have such great team players to left behind and we hope they shall play in the first ever BGMI tournament in the country. PUBG Mobile has been a primary choice for many content creators which have taken them to great heights in the country and their life. Let us take a look at Top 5 Best male Battlegrounds Mobile India (BGMI) Streamers and their earnings.

Mavi is a former Indian eSports athlete for Team OR and has participated in several big Lan Events of PUBGM. Harmandeep Singh Mavi, or popularly known as Mavi hails from Punjab, India. His role in the game is IGL & assaulter. Being the best assaulter of the game in the country, the 22-year-old Mavi has a YouTube channel that goes by the name of himself which currently has 858K Subscribers. He is known for his funny commentary and local content alongside his skills.

Regaltos is one of the youngest Indian PUBG players and also content creators with lot of skills in the game. Sometimes he also gets called as a hacker for his remarkable skills of playing the game. The 19-year-old, whose real name is Parv singh has a YouTube channel named Soul Regaltos which currently has 20.3 lakh subscribers. The YouTuber is also a professional eSports athletes for Team Soul and have taken part in several big official tournaments.

According to Social blade, the Youtuber’s monthly earnings range from $4.9K to $79K. As of now, Regaltos has an estimated annual earnings ranging from $59.2K to $947.9K.

No Indian Gamer especially PUBG player could ever go without hearing this name. Mortal is one of the biggest content creators in the country and has been nominated for Best Streamer of the Year in Esports Awards 2021. Naman Sandeep Mathur, or popularly known by the name Mortal is a professional eSports player and the owner of Team Soul. It is one of the first-ever teams to represent Indian country at a global level PUBG Mobile tournament. Mortal’s YouTube channel currently has 6.6 million subscribers. He also plays several other games including Minecraft, Valorant etc.

Scout is one of the best players of BGMI/PUBG Mobile in the country and his M4 + 6X scope sprays are renowned. Tanmay Singh, AKA Scout, is the founder of TeamXSpark, a professional PUBG eSports team. sc0ut currently has 3.82 M subscribers on his YouTube channel. He stream a lot of games but after BGMI release he is mainly focusing in Battlegrounds Mobile India mainly. He plays and streams a lot of PC games, unlike any other PUBG/BGMI YouTuber

According to Social blade, the Youtuber’s monthly earnings range from $9.7K to $156K. As of now, Scout has an estimated annual earnings ranging from $117K to $1.9M.

Aadii ‘Dynamo‘ Sawant is one of the top most-subscribed guys in the BGMI category on YouTube. The personality hails from Mumbai and is popularly known by the name Hydra Dynamo. He owns an Esports team named Team Hydra. He once used to play Dota2, BF1, BF3, BF4, Apex and GTA V and PUBG on PC who has shifted to mobile after some time. His channel name is Dynamo Gaming which currently has 9.8 Million subscribers on YouTube. He is also popular for his line/ dialogue ‘Pattse headshot.’

FirstSportz is the First Stop for all sports fanatics like you and us. Starting in 2019, we initially concentrated only on Olympic Sports, but to make it the first and final stop for all sports lovers, we have added every other sport which you might be looking for, like Cricket, Football, Tennis, Esports, NBA, MMA and much more.
Contact us: [email protected]rtz.com