Garena Free Fire has a huge arsenal of weapons for players to choose from with guns ranging from AR, SMG, Snipers to grenade launchers as well. Here in this article, we will take a look at the top 5 best SCAR gun skins in Free Fire for September 2021.

The title has a plethora of gun skins for players to choose from. These skins increase various attributes of the weapons drastically to give players an advantage on the battlefield. These gun skins also offer improved aesthetics as well. Let’s take a look at the top 5 SCAR gun skins.

Blood Moon SCAR is one of the finest skins for “SCAR.” Like most other ones on this list. This is also available in a crate – “SCAR-Blood Moon Weapon Loot Crate” that can be attained for 40 diamonds from the in-game store. Players can check the effects of Blood Moon SCAR skin as follows:

Related – How To Get Sensei Tig For Free In Free Fire?

The Cupid SCAR is a very good-looking skin with a pink aura and heart floating around it. The gun skin increases both damage and fire rate making it a go-to gun skin for players who like to perform drag headshots. However, it makes the gun lose accuracy which is the only downfall.

The Phantom Assassin SCAR is one of the most overpowered gun skins in Free Fire. The skin doubles the accuracy and increases the damage of the gun as well. The only minor nerf it offers is reduced magazine size which can be easily negated by using higher-level mag equipment.

The Battle Titan SCAR is a futuristic and robotic themed skin the body has a red laser and silver colour with light blue accents. The skin provides a buff to damage and to the rate of fire but the magazine size is decreased.

This is the most powerful SCAR gun skin in this list of the top 5 best SCAR gun skins in Free Fire. The gun is not available in the in-game store. The gun skin offers a double damage buff and increased accuracy as well. The only downfall the skin offers is the reduced reload speed. 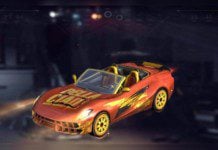 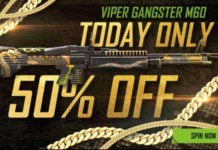