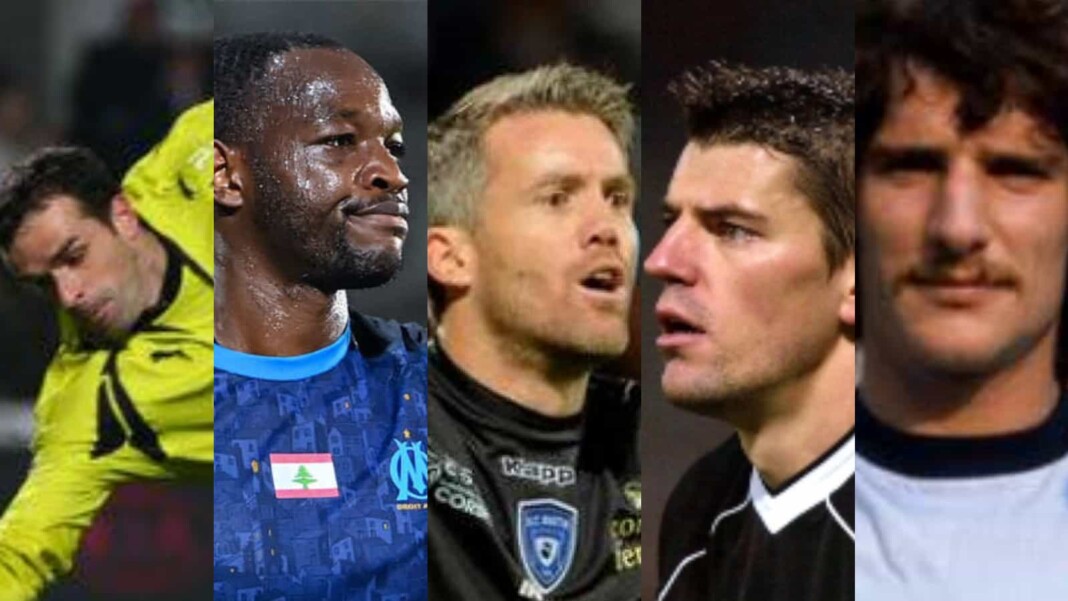 France football team is not only famous for their classy midfielders and strikers, but also for their shot-stoppers. Though Ligue 1 is not as famous as Spanish La Liga or English Premier League or Italian Serie A due to its less competitive nature, the league has seen stars rising through the ranks. In this article, we will read about the top 5 French goalkeepers in the Ligue 1 history.

Ligue 1 is a league where we see only two-three clubs offering tough competition for the most known outfit, Paris St Germain. How these clubs have offered resistance to the former French champions? It is only because of the caliber of the goalkeepers who were guarding the space in between the sticks. Without further ado, we will look at the top 5 French goalkeepers in Ligue 1 history.

Who are the top 5 French goalkeepers in the Ligue 1 history?

One of the most successful goalkeepers in the history of French football, Jean Luc Ettori was a loyal servant for AS Monaco. The players served the team for 19 long years after his graduation from Institut national du football de Vichy. The player held the record of playing 602 games for a single club in the French history. Later, he was disposessed Mickael Landreau in December 2013.

In a career spanning 19 years, Jean Luc Ettori played nine games for the French national team. He was also in the 1982 World Cup team where he started six out of seven games for France. The player had won three French championships along with three French domestic cup competitions.

Where Jean Luc Ettori is known for his loyalty for a single club in the French league history, Gregory Coupet has featured for multiple clubs across France. However, this does not stop him from being one of the top 5 French goalkeepers in the Ligue 1 history. Gregory Coupet represented the likes of Saint-Étienne, Lyon, Atlético Madrid and Paris Saint-Germain during his career.

Gregory Coupet also played in 34 games for the French national team before hanging his boots. He had won seven French championships along with multiple other accolades during his term.

Rising through the ranks of FC Nantes in 1996/97, Mickael Landreau carved a name for himself in the French football history and carve his name as one of the top 5 French goalkeepers in the Ligue 1 history. The player joined Paris St Germain on a free transfer in 2006 only to join LOSC Lille in a transfer in 2009/10. Before retiring in 2014, the shot-stopper had broken the record of Jean Luc Ettori.

Mickael Landreau featured in 618 games in France club football history. During his tenure, he won two French championships and he was a three-times French cup winner.

The 36-year-old goalkeeper is yet to hang his boots and is playing for Marseille in France. He has played in England as well for Crystal Palace. In his career, he has played in 673 games and has a World Cup, French Championship and three French League cups to his name.

One French League title, one Confederation Cup and a European championship to his name, Ulrich Rame is one of the top 5 French goalkeepers in the Ligue 1 history. The player had featured in 603 games in French football before he retired in 2014.

Rising through the ranks of SCO Angers, Ulrich Rame played for the likes of Bordeaux and CS Sedan. He also featured for the French national team 12 times including Confederation Cup and Euro Cup.

Who are your Top 5 French Goalkeepers in the Ligue 1 history? Have your say!