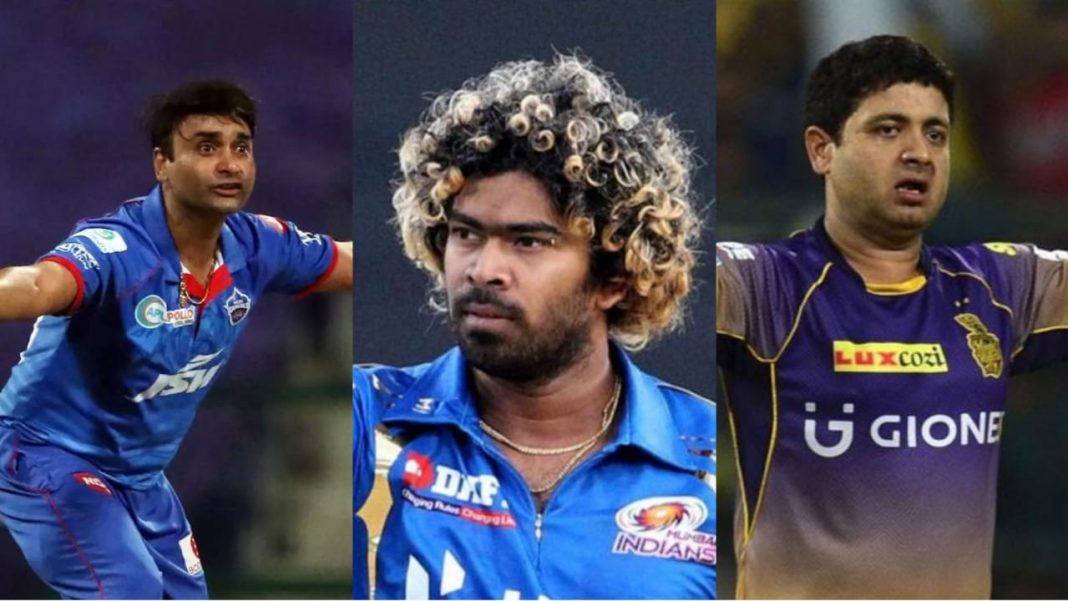 The annual sporting extravaganza, the Indian Premier League (IPL) is known for producing the highest quality of cricket. With terrific contests between bat and ball, the tournament produces all the thrills and spills of the game of cricket from the likes of high-scoring thrillers to low-scoring nail-biters. Although the T20 format is best suited for the batsmen, a plethora of bowlers have been able to hold their own in the tournament.

These bowlers have managed to regularly pick up wickets and choke the run-flow. Although they don’t receive as much attention as match-winners like the batsmen do, their role is as important if not more important. As the 2021 edition of the IPL looms, we take a look at the top 5 highest wicket-takers in IPL history.

List of players with most wickets in IPL history

Legendary Indian off-spinner Harbhajan Singh is a familiar figure in the IPL. He has turned up for the Mumbai Indians and the Chennai Super Kings and managed to come good on a consistent basis. Although he wasn’t able to take part in the 2020 edition of the tournament due to personal reasons, he will be seen in action in 2021 after the Kolkata Knight Riders franchise acquired him at the auction. Harbhajan has a total of 150 wickets from 160 matches in the tournament.

One of the most reliable all-rounders in the world, Dwayne Bravo has been MS Dhoni‘s go-to man in the death overs for Chennai Super Kings. The West Indian’s clever changes of pace and variations pose a great deal of trouble to the batsmen and have resulted in a huge amount of wickets falling. Bravo has been on the wane a bit in the IPL but he will want to get his career back on track in 2021. Bravo has 153 wickets from just 140 matches.

Piyush Chawla hasn’t created too much of hype with his bowling performances in the IPL as he has never been in the reckoning for the Purple Cap in any of the editions. However, his consistency in picking up wickets has been excellent. He has been one of the best silent performers in the IPL so much so that he does completely go under the radar quite a lot of times. After an unsuccessful season with Chennai Super Kings last year, Chawla has been acquired by the Mumbai Indians for the 2021 season. Piyush Chawla has 156 wickets in 164 games.

Amit Mishra has without a doubt been the best Indian bowler in the history of the IPL. He holds plenty of records including the most number of hattricks having taken three. His wicket-taking ability has been second to none among the Indians. His variations including the deadly googly have outfoxed even the best of batsmen. Mishra is currently with the Delhi Capitals side where he isn’t getting a lot of chances to play. Mishra has 160 wickets from 150 games.

Sri Lankan pacer Lasith Malinga (Bowler with highest number of wickets) is undoubtedly the GOAT bowler in the history of the IPL. Malinga has played a huge role in the Mumbai Indians being the most successful team in the history of the IPL. His exceptional yorkers and clever variations have been too hot to handle for batsmen and they have succumbed more often than not to him. Malinga has now announced his retirement having last played in the 2019 edition of the IPL. He has a whopping 170 wickets from just 122 games.