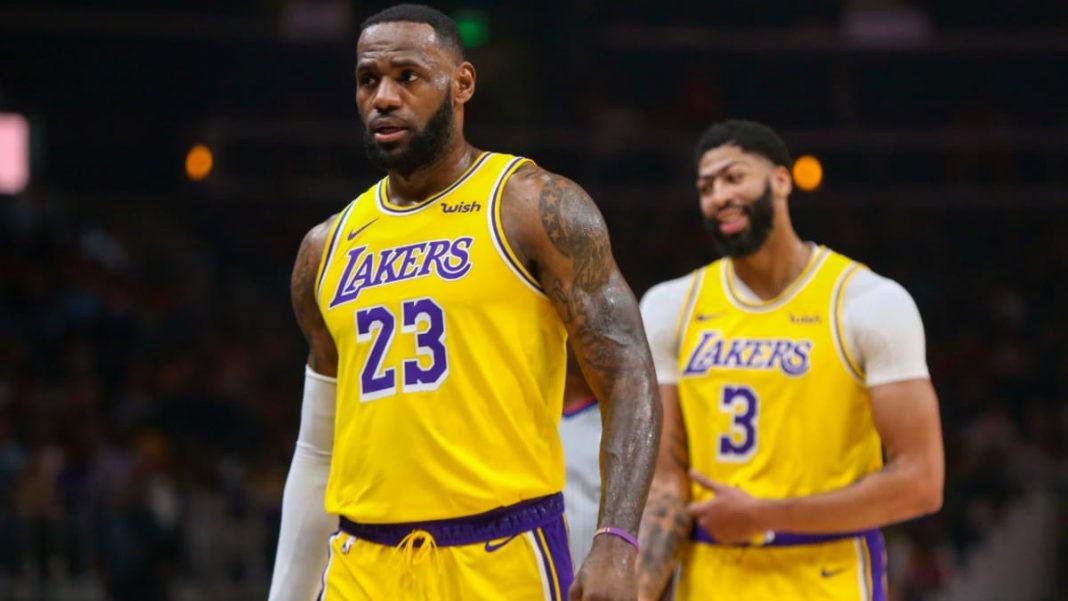 It was just not the night for LeBron James and co. today. The Los Angeles Lakers faced a defeat against the Denver Nuggets in a mid-game tragedy. It was almost their worst nightmare. The team was questioned about their rest being enough before the commencement of regular season. This question might seem to have ringed the bells for the team but at the wrong moment.

The Lakers were up against Denver Nuggets in a tough contest. After covering up the deficit, the team went on to take an aggravating lead. After the lead, the team was confident enough to extend their winning streak. Following a great winning momentum, the team eyed another victory. But the worst hit them. Anthony Davis was caught up on upper post. After his jab step, he was fouled. But he had twisted his ankle what was seen. He limped off to the bounds. But this is assumed to be a tough Achilles torn. With AD walking off the court, Lakers could not cope up in the game. They further went to lose the game with LeBron James having to lead the Lakers all alone. Denver put an end to Lakers’ winning streak.

LeBron James prepares himself to adjust without Anthony Davis

After Anthony Davis walked off, the Lakers were in deep trouble. Even LeBron James could not match the team game Denver put up. As a result, Lakers lost 122-105. With the injury lurking over the team, it seems a difficult stage for LeBron James and team. A per Mike Trudell, “LeBron said his main interest is AD’s health, and wanting him to get right. ‘Just overall safety and (his) health. That’s my only concern … want him to get back to himself.”’ LeBron put his opinion to it. He said, “With that said, it’s tough to adapt when a guy goes out in the middle of a game, but next game, we will have an ability to be able to prepare for it … we’ll have a better game plan for what we need to do offensively and defensively in his absence.”

Anthony Davis’s absence has troubled the franchise earlier. His absence forced multiple overtime games for the team. Without a forward of his capability, it will be difficult. LA Lakers have crippled on their defense without a shot blocker. AD’s absence will affect offensive shooting and defensive post match-up. LeBron needs to make other alternative strategies. They have to maintain their position at the conference to keep moving forward.

Also Read: Kevin Durant to miss at least 2 games due to Hamstring…