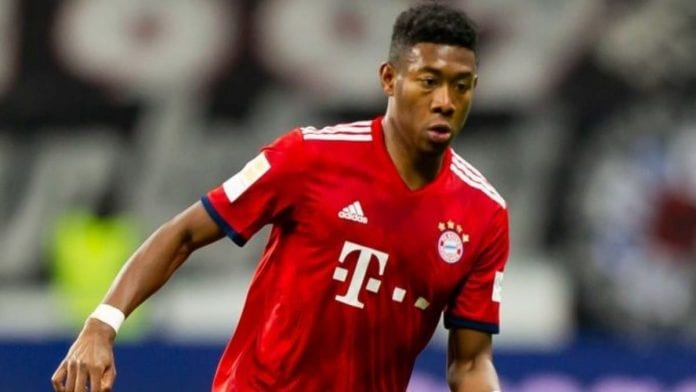 With the transfer season approaching fast, European Clubs are luring some of the top performers to assemble a team for the future. One such transfer that materialized recently is that of David Alaba of Bayern Munich to Real Madrid. The defender signed a 5-year contract with Real Madrid. The 28-year-old is not a high profile signing but the Austrian will give manager Zinedine Zidane enough flexibility in defence as well as the midfield. Alaba can double up as a defender as well as a central midfielder. Alaba is ready for a new challenge and his tough possession-based play will add rigidity in the defensive set up.

Alaba’s presence will also provide depth in the midfield. The Austrian can adapt quickly as per the situations as well as the opposition’s strengths. Given his clever decision making to make timely clearances and bold interceptions during open play, Alaba is a healthy option against sides that are more coordinated during set-pieces and counter-attacks. Zidane and the team management need to focus on picking a combination that provides depth and alternatives in defense as well as the midfield and these two areas need to be spruced up as Alaba is a proficient addition to add robustness in both departments.

How will David Alaba fit in at Real Madrid?

Zidane employs a 3-4-3 formation and it has to be seen which type of combination works if Alaba plays as a defensive midfielder or a centre back and accordingly needs to give him enough playing time. Alaba’s combination with central midfielders Luka Modric, Toni Kroos and Casemiro will be crucial. Veteran playmaker Luka Modric can play offensively as well as defensively while Kroos is more of an offensive operator. Casemiro is a player who is known for his possession-based play so his rapport with Alaba could play a big role in adding more precision in distribution during open play.

With star defender Sergio Ramos’ contract set to end this season, Alaba could be a handy replacement. Alaba has showcased urgency and brilliant control to thwart counter-attacking moves of the opposition. The Austrian is also inept with his ability to win the ball during open play and make timely tackles inside the box. Alaba possesses the intelligence to create opportunities to feed the forward line with his sublime long crosses inside the box. Alaba possesses a durable technique and playing under Zidane will further add advancements to his technique and tactical thinking.

The central midfielder has an eye for a goal and is a penetrative scoring option. Although Alaba has scored just 2 goals in 28 games this season with 2 assists to his name, the Austrian can score through his powerful headers during set-piece situations as his reach allows him to thwart the opposition’s defence. Alaba won 6 DFB Pokal titles and 2 Champions League titles (in 2013 and 2020) with Bayern Munich. His collusion with strikers Karim Benzema and young star forward Vinicius Junior will be crucial as both strikers possess the same attacking style of functioning. Alaba’s combination with defenders Marcelo Vieira and Dani Carvajal could be closely monitored by Zidane as Vieira can provide assistance to Alaba from the wings while Carvajal can operate from the wings as well as centre. Alaba’s inclusion has surely provided a boost for the Los Blancos as this could add more attacking flair in the midfield and solidity in defence.