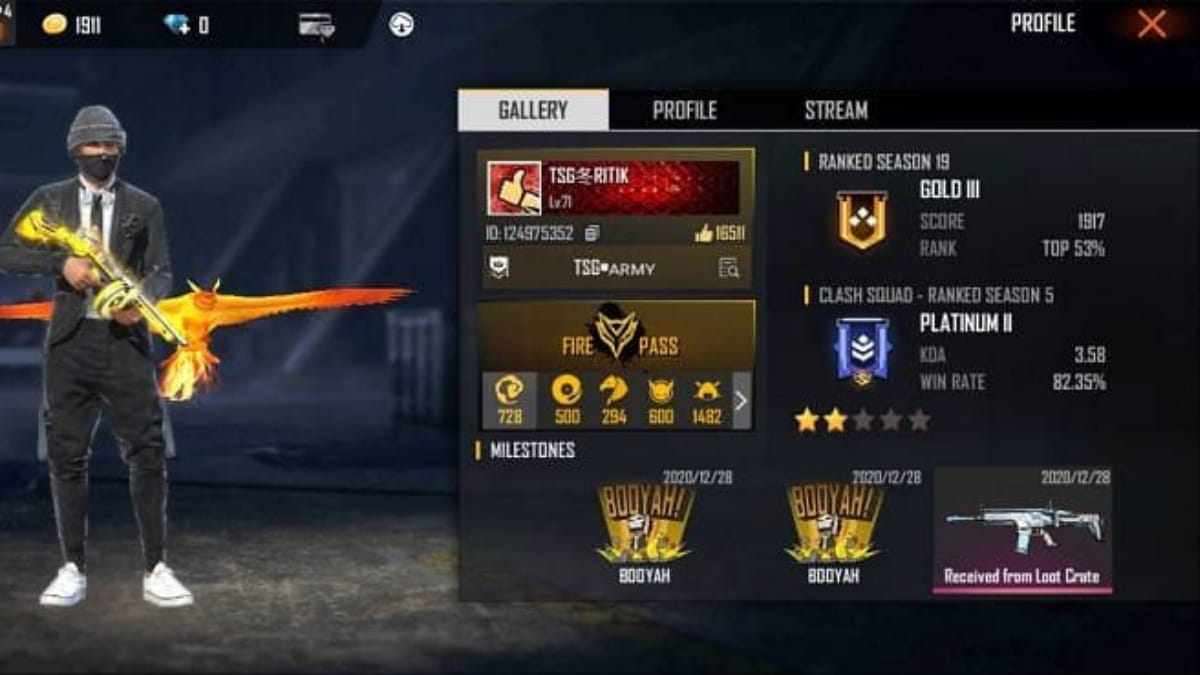 Free Fire is a very popular battle royale game in the market right now. The game has amassed a very large player base all around the world. However, India comprises of a very large player base for the game. Naturally the game has garnered a huge amount of content creators and professional players all over the country. One of the very popular creators is TSG Ritik Free Fire. He has a very popular YouTube channel. The channel is called TWO-SIDE GAMERS, and he runs it with Jash Dhoka, who is known as TSG Jash. In this article we take a look at TSG Ritik Free Fire’s stats, ID an more.

In the ongoing ranked season, TSG Ritik has played only 45 squad matches and won 7 of them. He has 152 kills and a K/D ratio of 4.00 in the current season.

TSG Ritik’s YouTube channel is known as TWO-SIDE GAMERS and is co-owned by TSG Jash. The channel currently has 6.68 million subscribers and is very popular.