TSM FTX, one world’s leading eSports Organisations have announced their new BGMI lineup today on their official Instagram handle. The roster consists of players who had previously played under Stalwarts eSports/ST8 (Six to eight) organization.

Battlegrounds Mobile India, aka BGMI is an Indian-exclusive game developed by Krafton and was released officially on July 2nd. The developers had initially organized the BGMI Launch Party as their first tournament featuring streamers and professional players. Soon after it had concluded, the developers announced BGMI India Series 2021 with a massive prize pool of 1Crore INR.

With such a massive prize pooled tournament ahead, several organizations are stepping into the BGMI eSports signing various several star players. While many making changes in their rosters, TSM India who had one of the best PUBGM rosters in the world had dropped the TSM Entity lineup consisting of star players like Jonathan, Clutchgod, Neyoo, Zgod and Ghatak. Earlier today, the organization had announced their BGMI roster prior to the commencement of BGIS 2021.

As earlier mentioned by FirstSportz, the organization was is in plans of acquiring the Ex-Stalwarts eSports/ST8 (Six to eight) roster. Today, the official announcement of their new roster was made by the officials on the Instagram handle. The roster consists of the following players:

Earlier this month, TSM India has dropped their PUBG Mobile roster which contains aggressive players and was considered as one of the best and dominating PUBG Lineups in the world. The report of TSM signing this roster had turned out to be true with this announcement. Several reports speculate that GodLike is rumoured to acquire former TSM BGMI roster, however, rumours are just rumours.

ST8 roster has well performances behind their name in several scrims and minor tournaments. Despite being a new roster in the eSports scene, the team have finished at third place PUBG Mobile Club Open: Fall Split 2020. The team was also qualified for PUBG Mobile Pro League: South Asia but unfortunately did not get the chance to process as the game was banned in the country. Back in December 2020, the roster had part ways with Starwalt eSports and had returned back to their Six 2 Eight (ST8) roster. Since then, the team have been consistent in all events and minor tournaments.

It will be intriguing to see how this roster performs under such a big organization in the upcoming BGMI India series 2021. 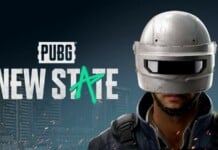 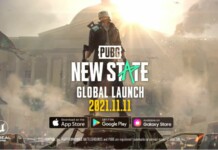