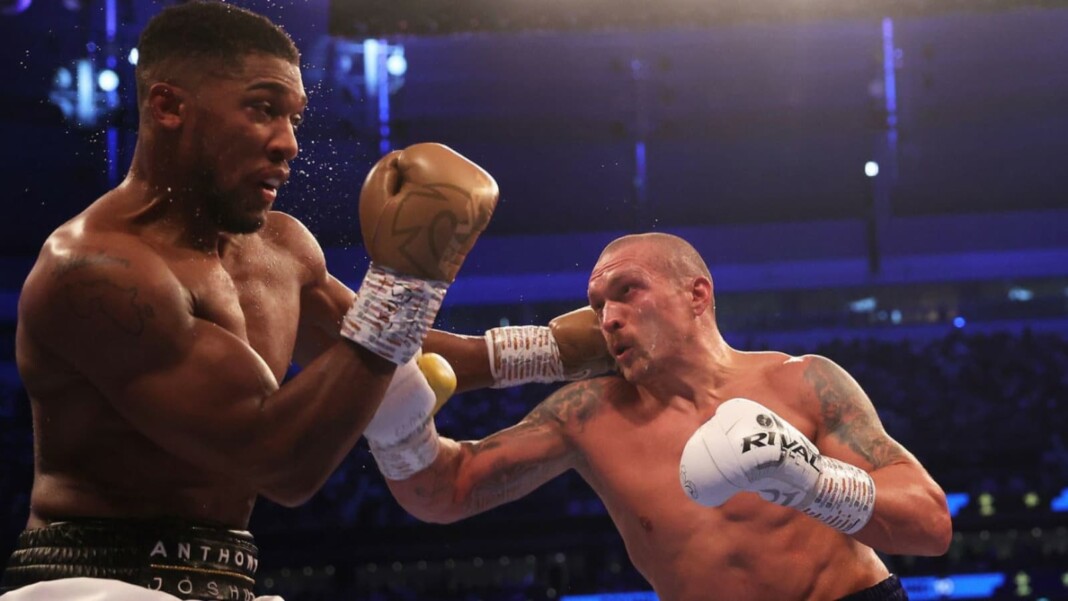 Oleksandr Usyk defeated Anthony Joshua by a dominant unanimous decision victory where the Ukrainian outclassed Joshua in judges’ score cards 117-112, 116-112 and 115-113. This made Usyk the third fighter to win belts at heavyweight and cruiserweight after Evander Holyfield and David Haye.

With that said, famous tweeters did their bit as Jake Paul, Claressa Shields and many more reacted to the much anticipated match up that definitely ended with an upset for many and a foreseen prediction for some.

Joshua kept his head held high in the face of an adverse loss and expressed gratitude for his supporting crowd in London.

Youtuber-cum-boxer Jake Paul Paul is shocked with the how the fight went as he expected things the other way around.

Claressa Shields, the best female boxer of her time who’s now invested into the sport of MMA, was impressed by Usyk’s upsetting performance.

What holds for Joshua will take time to answer but one can conclude that its high time Usyk gets his due for being one of the most exciting, talented boxers of this generation that was long awaiting for the limelight.

Also Read: Usyk upsets Joshua; the Ukrainian is the new heavyweight champion of the world!